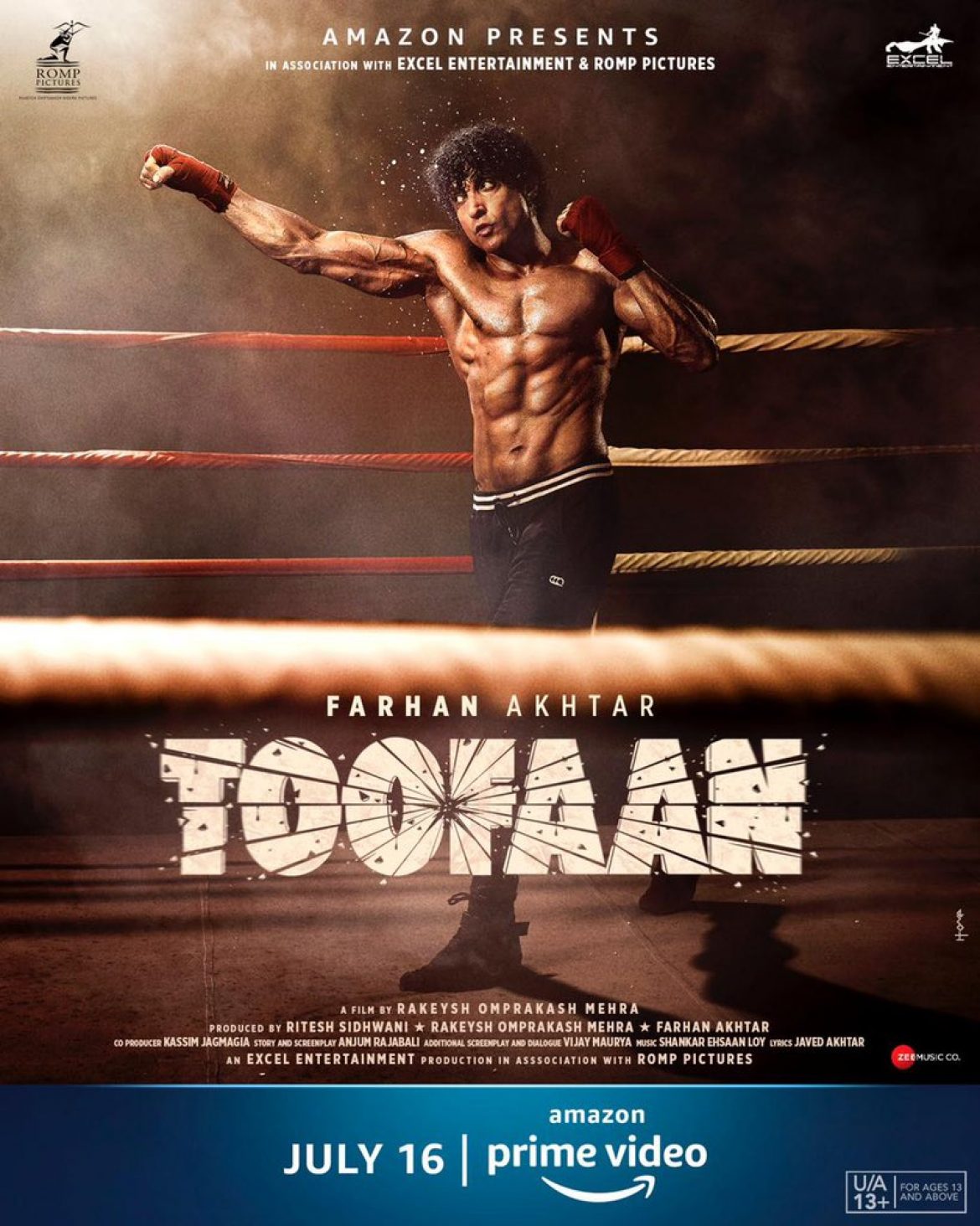 From the makers of “Bhaag Milkha Bhaag” and “Delhi 6”, Mehra’s vision is a more restrained. It is a predictable story with a sense of emotion that will get you teary eyed at certain portions of the film. Farhan Akhtar plays the title role of “Toofan”. His character – Aziz Ali – AKA Ajju, is a typical Bandra Mumbai Thug that is sees getting respect from his neighborhood is the best thing in life, until he finds out from a local doctor named Ananya Prabhu, played by Mrunal Sharma, that life is more than that, and tells him to follow your dreams…to be a better person, a better sportsman is where you get real respect in life.

I actually like the Hindu-Muslim backdrop love story of this couple. How they face obstacles in life from their family and society, It does touch your heart. Paresh Rawal as the Boxer Champion trainer is very good. His flaws and prejudices that his character portrays is real and gripping. When he finds out that his boxing student “Ajju” is in love with his Hindu daughter…all hell breaks loose.

But the crux of the film that captivates you on a whole is that love conquers, all. All people should be treated equal, One should follow their dreams. Getting respect in what you do… is what real champions are made of. “TOOFAN” .