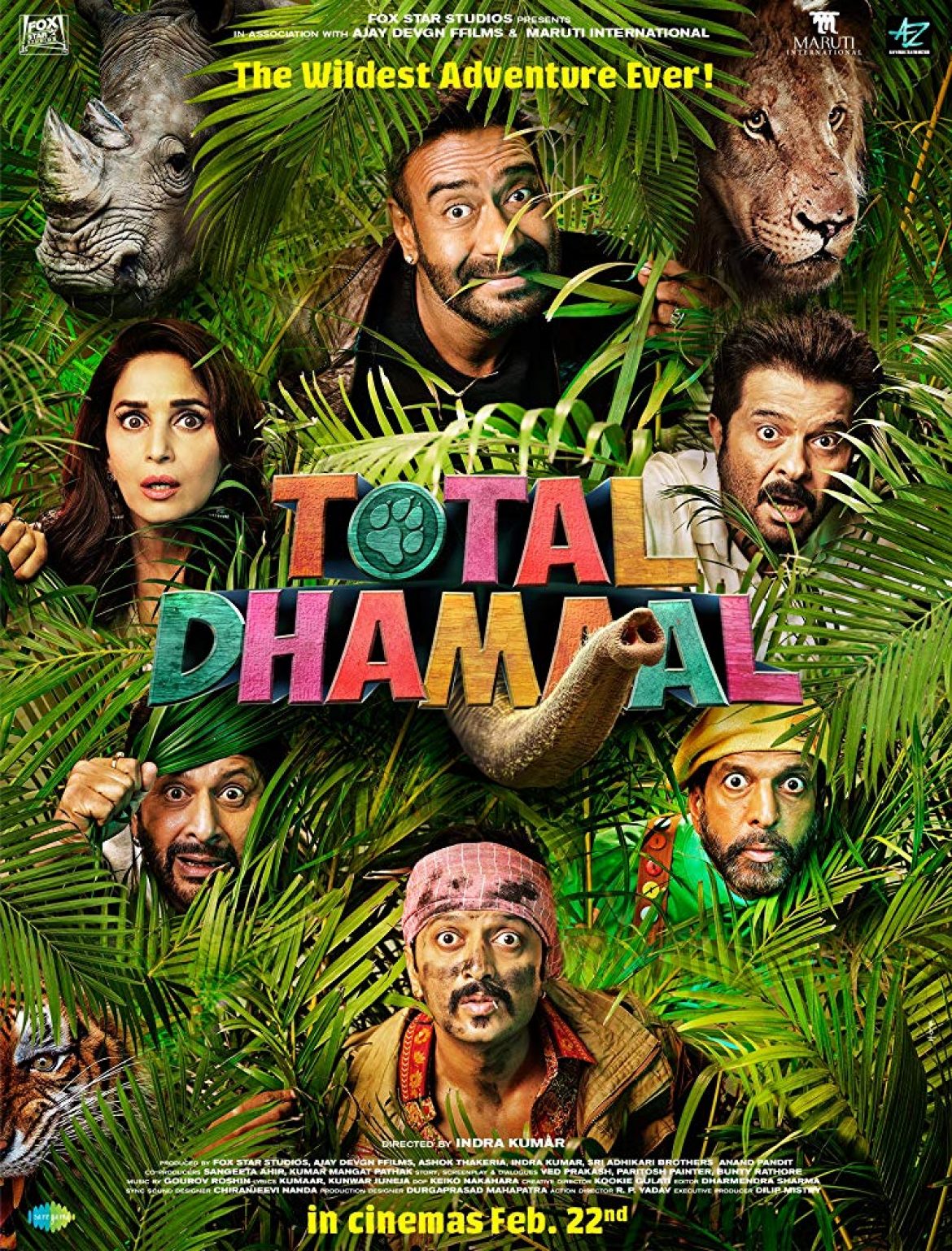 TOTAL DHAMAAL – Coming from Director Indra Kumar of “Dil”, Beta”, “Raja”, “Masti – Series”, & “Dhamaal – Series”) – Fame – One should expect to see what they get from its previews. Yes indeed – “TOTAL DHAMAAL” is the – “Leave Your Brain Behind” – Comedy, with gags, ridiculousness, to silliness that will make you laugh and crack up again.

It is fun for the family. This time again the films theme revolves around stolen money that is now up for grabs when a “Zoo Trainer” who has stolen it, is now breathing his last breath of life. He tells those who find him in a plane crash accident, where this money can be found, and that is in the “Janakpur Zoo’ – in India. Its every man for themselves, and that is where the race to the finish begins.

From Ajay Devgn & Sanjay Mishra to Anil Kapoor & Madhuri Dixit to, Ritesh Deshmukh, to Arshad Warsi, & Javed Jaffrey’s characters create the zany joyride of this film.They all do a fine job, even in extreme hamming at times. The concept is novel, especially when they enter the zoo at night.

Only I wish that the Zoo climax could have been tighter, and had more humor like in the first half. Also the film gets a big shout out to to the GPS – “Chindi Language voice-over by Jackie Shroff, and to Johny Lever. His Bengali character as the Helicopter guy is a riot. Only if there were some more scenes of them both would have been a plus point. Overall the film is fun and gets a 3 star recommendation. Enjoy!! Courtesy Awesome TV & BEING FILMY.