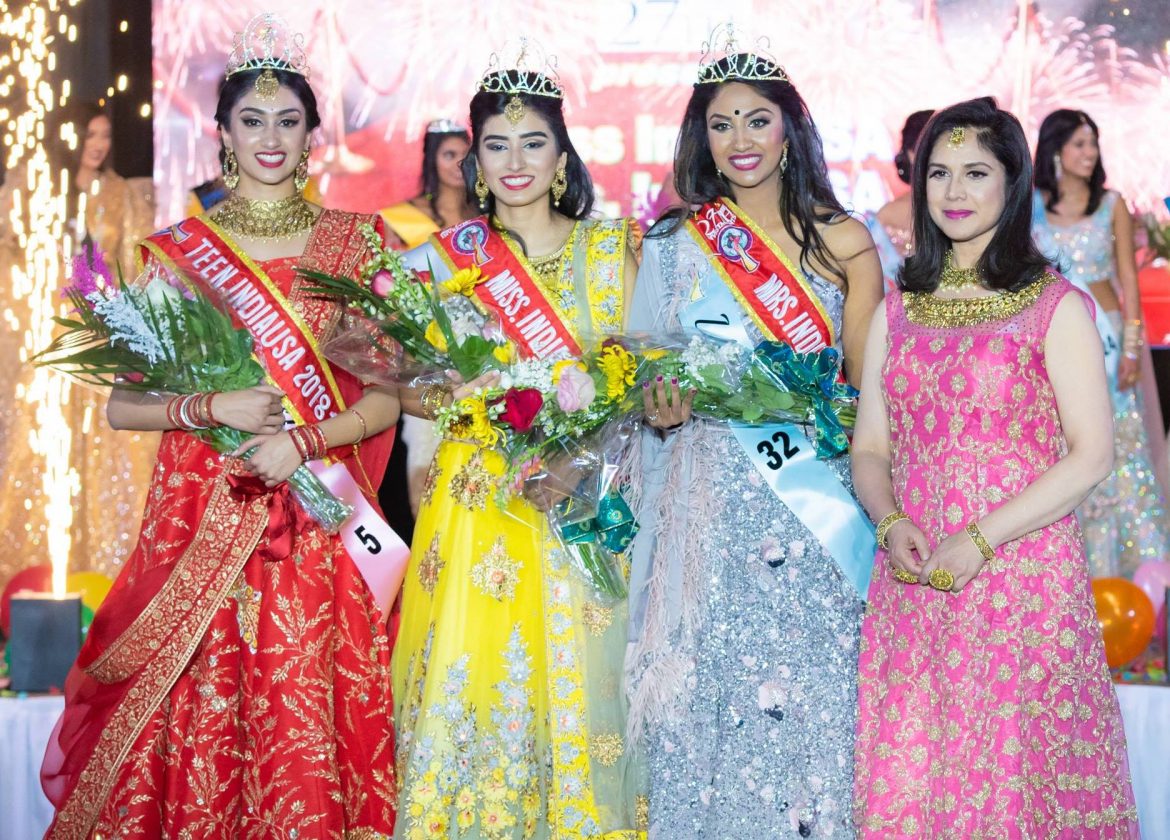 The glittering ceremony at the 37th edition of the annual pageant had a perfect ending! Kim Kumari & Esha Kode both of New Jersey won the titles of Miss India USA 2019 and Miss Teen India USA 2019 respectively. Vidhi Dave of Connecticut was crowned Mrs. India USA 2019.

Kim & Esha both won the Best Talent Award for their performances on the previous night. Kim who is 18 plans to be an optometrist while Esha who is just 16, wants to be a pediatric surgeon besides aspiring to be a model & actress. Vidhi Dave who has a Data Science degree from Harvard University is a project manager with an IT company.

This year the contest attracted record number of Indian American participants from across the US. Organized by the NY based India Festival Committee (IFC), the pageant had over 75 contestants representing 26 states. “I had to refuse over 20 other girls who wanted to register. I just couldn’t accommodate them this time. They will now participate next year”, added Mr. Saran.

Kim Kumari and Vidhi Dave will now represent the US in the Miss & Mrs. India Worldwide 2019, to be held in Mumbai in September.