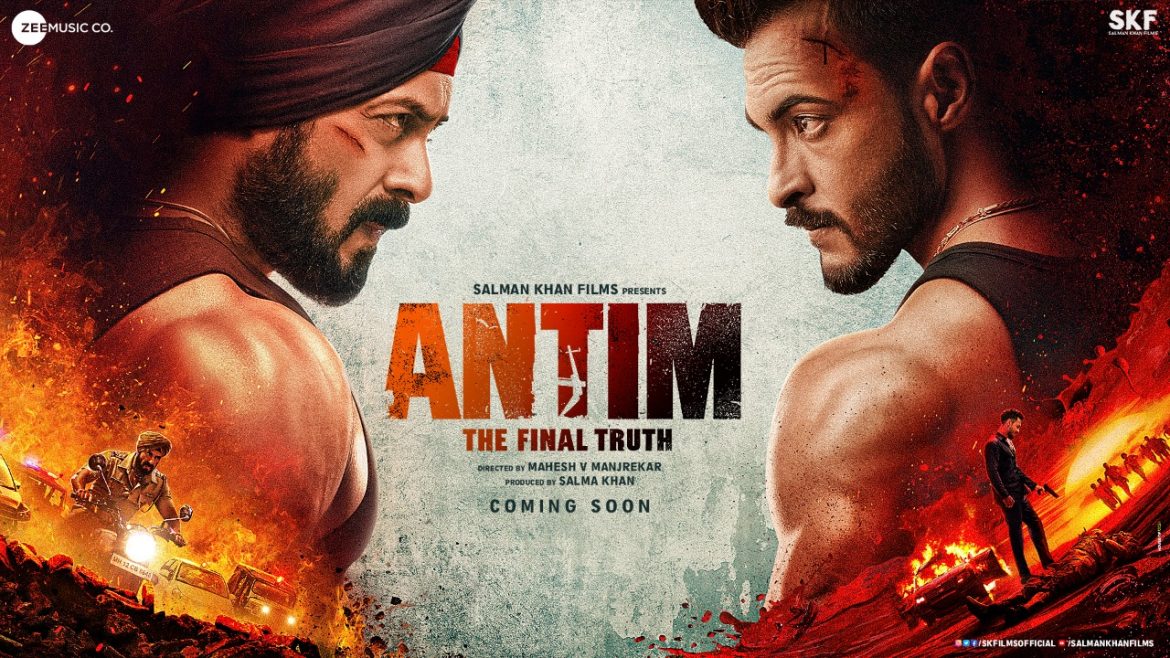 ANTIM – THE FINAL TRUTH – Bollywood goes through trends periodically, and think that 80’s formula is in, but it does not work in today’s setting. Then you have Director – Mahesh Manjrekar, who loves to deliver the Marashtrian flavor of a rebel gone wrong, like he has done in “Vaastav” & “Virrudh”.
As predicted with Salman Khan likes his father’s classic literary work, so to throw the – “Salim-Javed” -“Deewaar” formula into “ANTIM-THE FINAL TRUTH”, becomes a poor man’s version set in Pune, where Salman Khan plays a Sardaar cop, that wishes to see people on the wrong side of law get a second chance to perhaps become a good human being.
This is the 2nd launching of Salman’s brother-in-law – Aayush Sharma. But this time he shows improvement and promise. He has that goonda appeal, and will suit the role of a young villain in future roles.
But with the story having a predictable plot, where politicians, and godfathers always bailing this kid out from murders. As a result he thinks he is invincible, but in reality he is just a pawn to them.
Facebook   Pinterest   Twitter   Google+
bollywoodmovie reviews