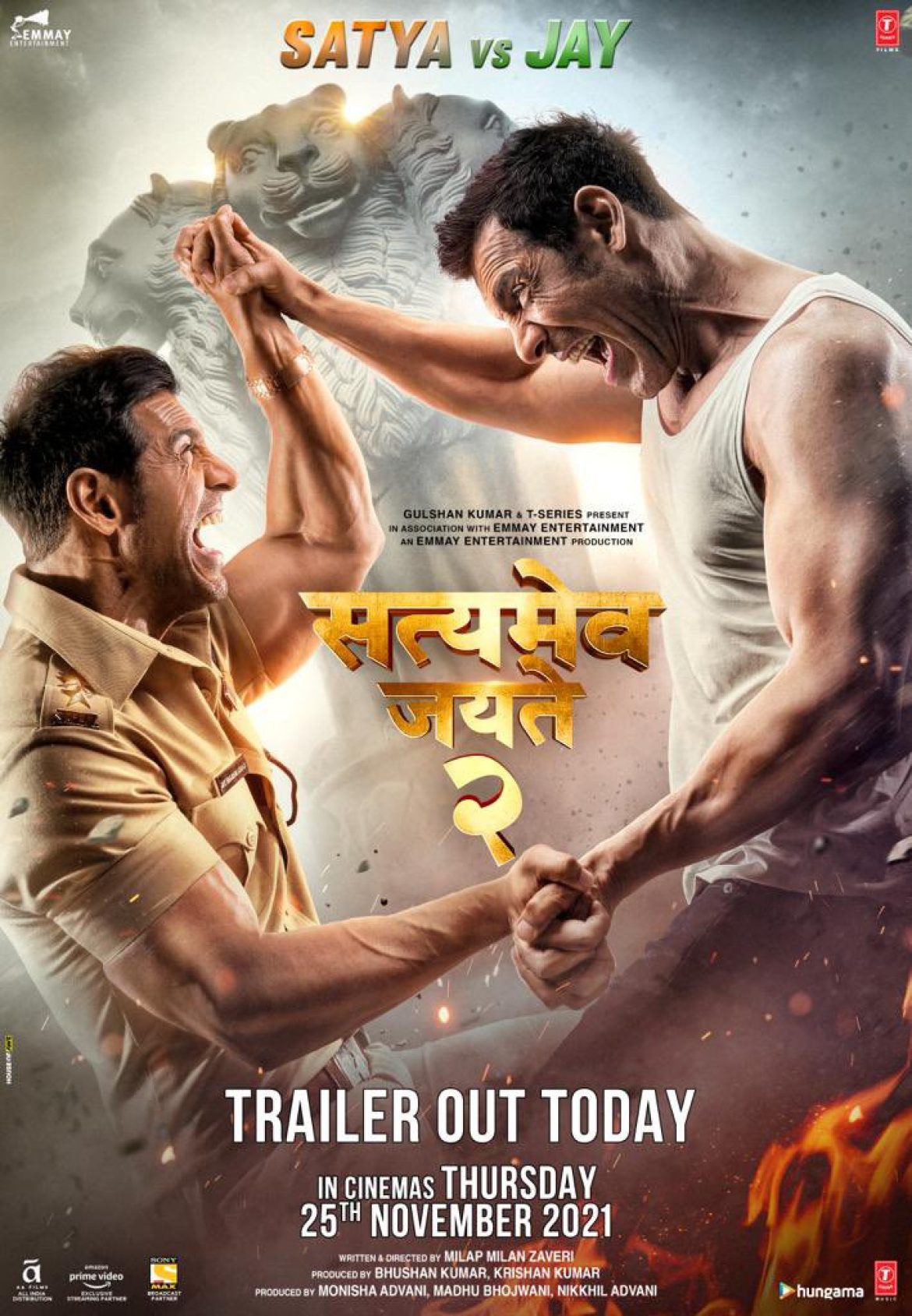 SATYAMEV JAYATE 2 – I knew what I was getting into when I went to see this sequel, or rather another episode of “SATYAMEV JAYATE”. Coming from Director Milap Zaveri, only expect a rehash of the 80’s style of Bollywood, with many genres wrapped into one big Indian Fajita.
It has over the top dialogues with expressionless acting by John Abraham. This time you get to see him in 3 roles. One as the freedom fighter Jay Balram Azad, and his twin sons. When the patriarch of the family has been killed by his adversaries, his children grow up to vow to end corruption, poverty, rape, and fix the economy of India. I guess the democratic party needs these twins more than ever. One is a vigilante, who is a politician in the day, while the other is a cop that takes the law in his own hands.
Divya Khosla is the wife of the politician’s/vigilante’ – Abraham, who is obsessed with preaching to the down trodden, and dancing at Ganpati Utsav’s, like a possessed woman.
Facebook   Pinterest   Twitter   Google+
bollywoodmovie reviews