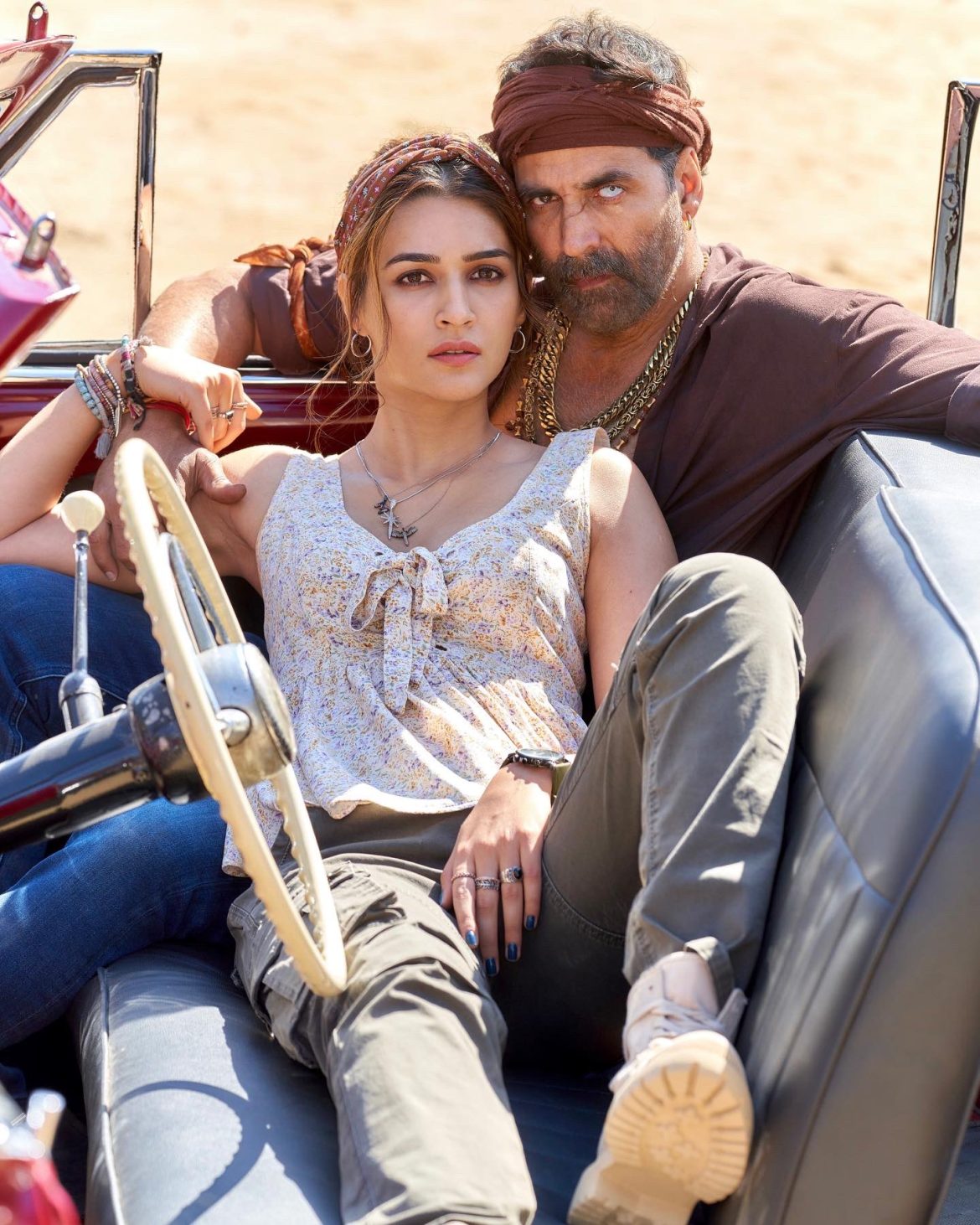 BACHCHAN PAANDEY – A Gangster that likes to be called a “Godfather” – “Pushpa” may be a big hit from the South, but for the Northern Belt of India, “BACHCHAN PANDEY” will do fine.

Somewhere in U.P. there is a place called Bhagwa, and there is a guy who enjoys killing people for fun, He has one stone eye, and he is Akshay Kumar he has a dark past. Arshad Warsi and Kriti Sanon go there on a mission to see if they can get to make a bio pic on this dangerous character, along with his entourage of goons as well.

It is no easy task, but this violent comedy takes you on his journey in a bumpy ride, that has good moments in the beginning, with a middle narrative that drags, but ends up with a good message towards the end. A man who does bad will not be remembered, but a man who does good, will always be respected and remembered is the story. The film has a good concept and Arshad Warsi has good comic timing that at times overshadows Akshay Kumar’s performance, and as result his roll get diluted and less towards the second half. Why does the Bollywood industry do that to good actors??. Pankaj Tripathi & Sanjay Mishra’s small contribution to the film also brings you some good laughs.

The film has good intentions to bring you an entertaining film, but like I mentioned earlier, it drags in the middle, and it could have been more funnier and less violent for a masala caper.