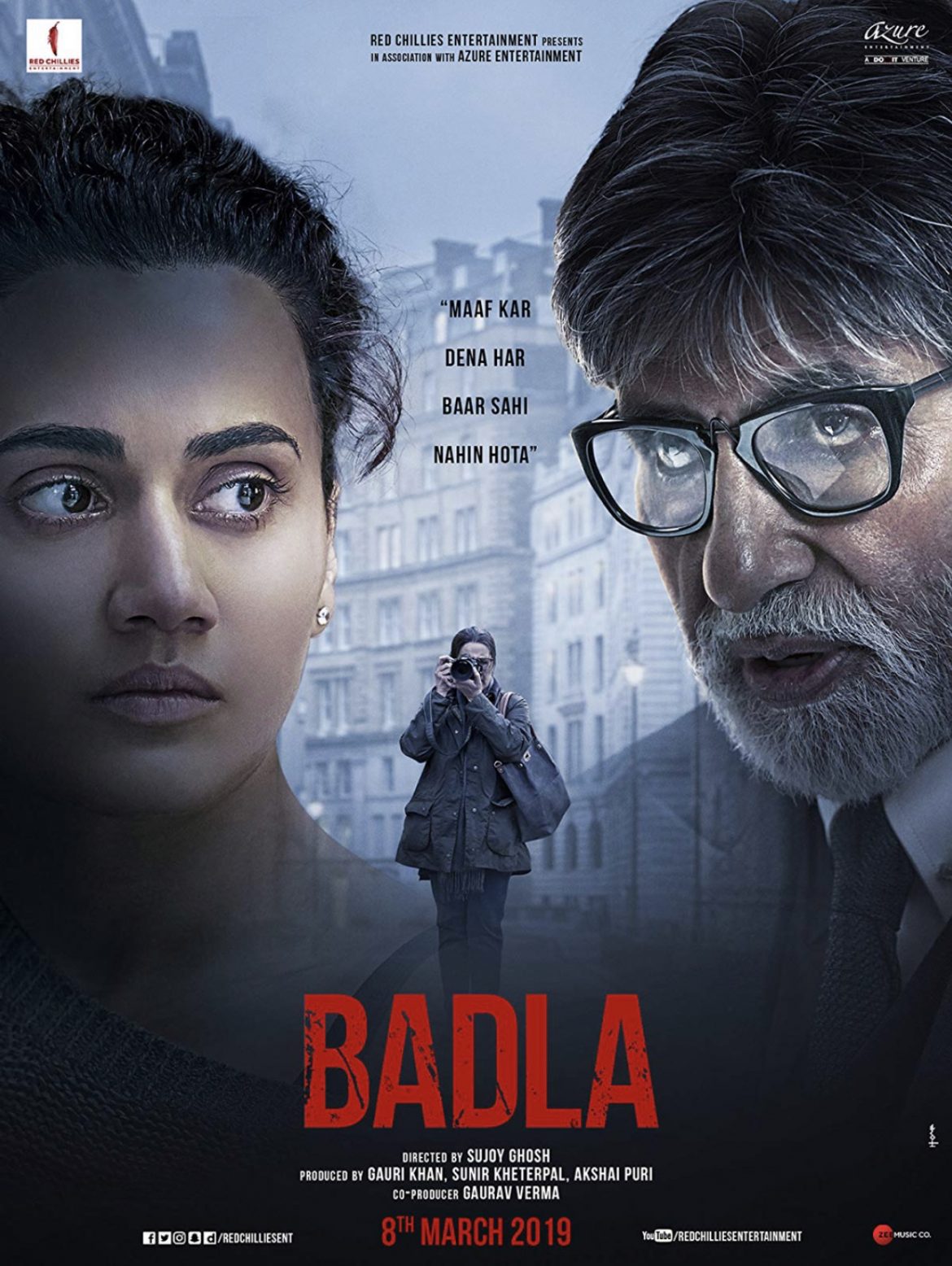 The suspense may seem to easy to tell, but there is more that meets the eye, and that is detail. A client and lawyer privilege is a sacred bond, as well as a trust that is needed when one tries to prove their innocence. “In Sujoy Ghosh, of “Alladin” and “Kahaani” fame, he presents you with “BADLA”.

The film shows Amitabh Bachchan as a lawyer who is handling a case of a business woman in England, named Naina Sethi, played by Taapsee Punnu. She has been alleged to have done a murder. The novelty revolves around one room in an apartment during most of the film, and goes into a few flashbacks. These are the crucial scenes where Amitabh Bachchan, as Badal Gupta the lawyer, interviews Taapsee Punnu’s character for questions that need answers, so that he can prove in the court of law in her defense… her innocence.

The thing that got me is Amitabh Bachchan’s exemplary performance. His Hindi lingo blends with today’s young generation, and how they talk. He is today’s urban man with intelligence and wit. You are on your toes in seeing every scene of his,when he is interrogating his client with sarcasm, and concern as well.The film has its twist with other surprise artists like, Amrita Singh. who has a key role when the plot thickens. I do not want to ruin the film for you…for that you have to go to the theater to experience this film called “BADLA”. Overall the film gets a 3 star recommendation. Courtesy Awesome TV & BEING FILMY!! Enjoy!!