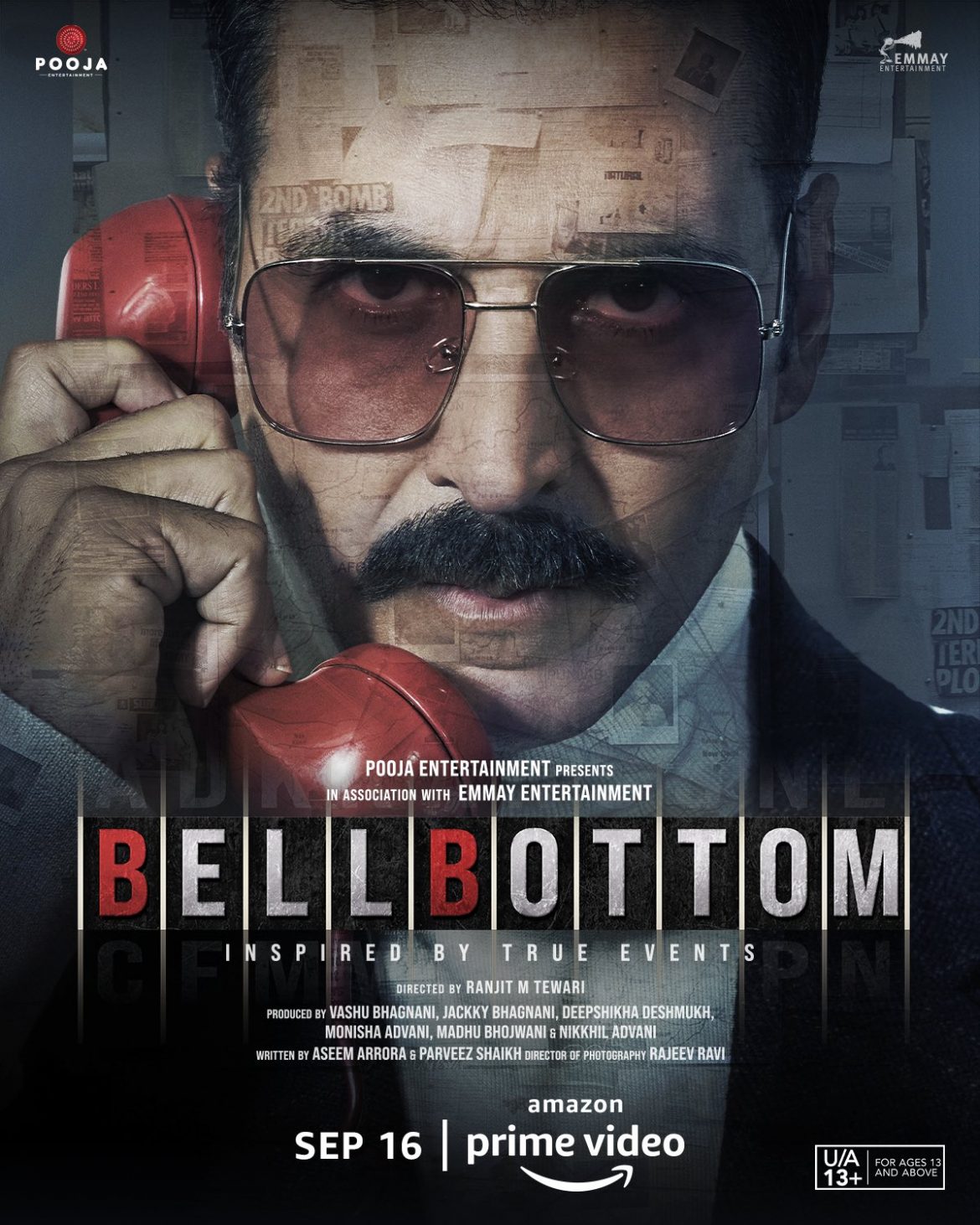 BELLBOTTOM – Last week a Bollywood film finally hit theaters in America. It was Akshay Kumar’s – BELLBOTTOM” – Set in 1984, and based on true events, a hijack has taken place, where an Indian airline has been taken to Lahore, Pakistan. Those were the days, when Prime Minster Indira Gandhi had face many challenges. A covert operation had to be planned, and that is how “BELLBOTTOM” was created.

Produced by Vashu Bhagnani, the film shows Akshay once again as the patriotic hero of India saving the day. Oh – Yes!! – and this time it is personal. for that you have to see the movie. I personally felt i have seen similar films of previously. This time it felt like a rehash of his previous work from, “Special 26”, “Baby” & “Airlift”. So with all the similarities of the way the plot develops, it becomes repetitive for me to appreciate the film.

But the highlight of the film was seeing Lara Dutta essay the role of the late Prime Minister -Indira Gandhi.  She did a good job. I wish we could have seen her character more in the story. As for Vaani Kapoor. She was natural as the good wife, but her role was less.