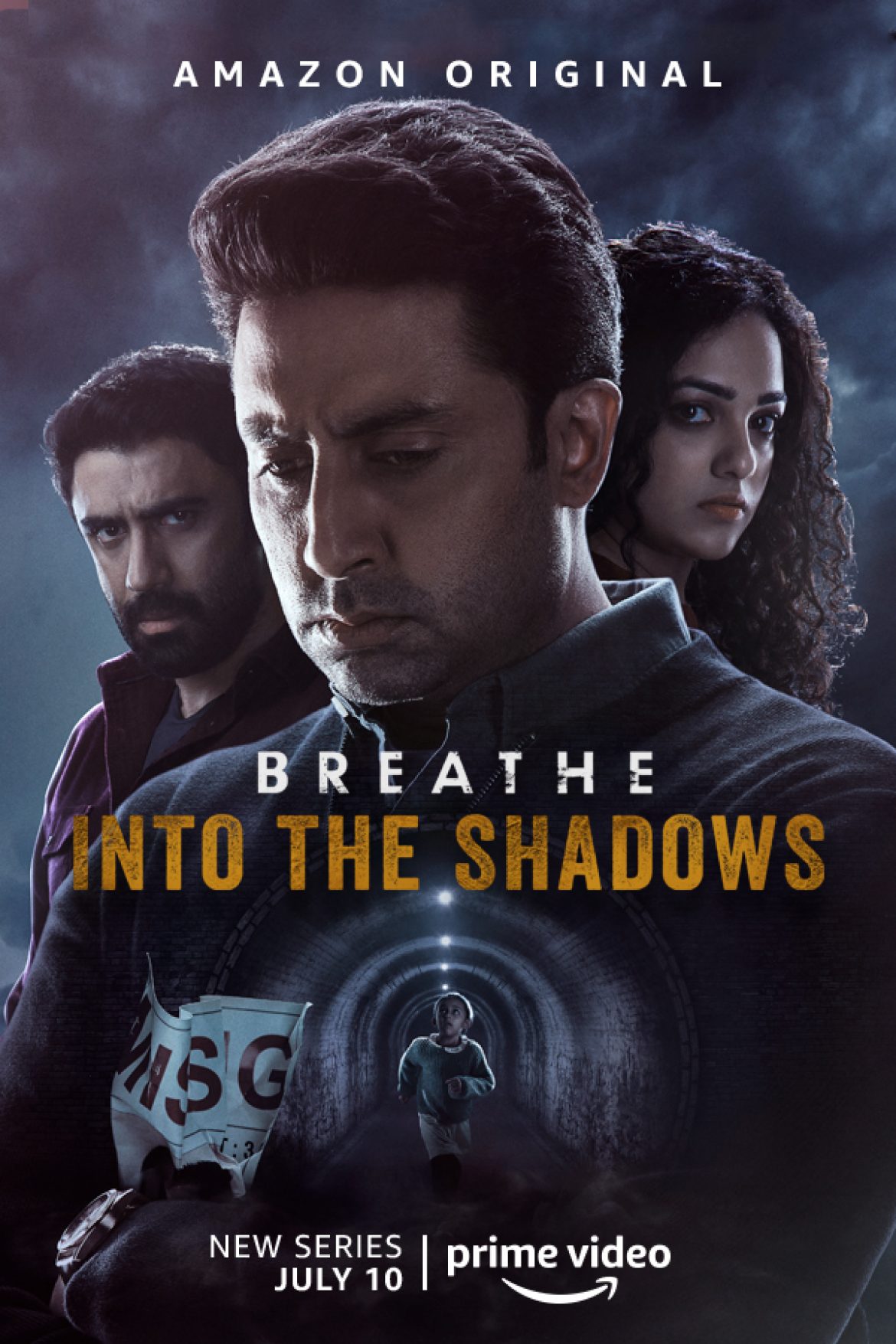 BREATHE INTO THE SHADOWS – Season 2 – The trend of new Bollywood Mini-Series are made now to thrill you, and most of the dark secret characters come out from the streets of New Delhi, India. Yet sooner or later I feel this trend will get saturated with so many stories having this city, as a background for many misgivings to come in the future.

After a 2 year gap, Abhishek Bachchan takes the dive into the OTT platform on Amazon Prime- to be in a 12 part mini-series suspense thriller called, “BREATHE – INTO THE SHADOWS” – (Season 2). Directed by Mayank Sharma, takes you into the realm of kidnapping and a person battling split personality disorder. Yes you could say it is a “Jekyll & Hyde” concept in today’s setting. It is a very interesting concept, with Abhishek Bachchan suiting the role of Avinash Sabharwal, a psychiatrist whose, daughter gets abducted.The shock and grief between him and his wife is well played by Nitya Menon. She is upcoming and promising in her performance. She was in “Mission Mangal” – a year ago.

To make a suspense thriller go forward, the director I feel tries to bend the envelope too hard, in the latter episodes towards the climax. As an audience I feel it becomes to appear too forced, contrived, and hard to believe. Abhishek’s role dealing with the good and the bad is not properly balanced, or properly developed. He plays it too safe as his alter ego.

Saiyami Kher also in a supporting role is wasted. As for Amit Sadh, as the Crime Police Investigator, appears wooden throughout the series. As a result the “BREATHE – INTO THE SHADOWS” looses its oxygen towards the end of the series. It gets only a 2 and a half star recommendation. Courtesy Awesome TV & Being Filmy!