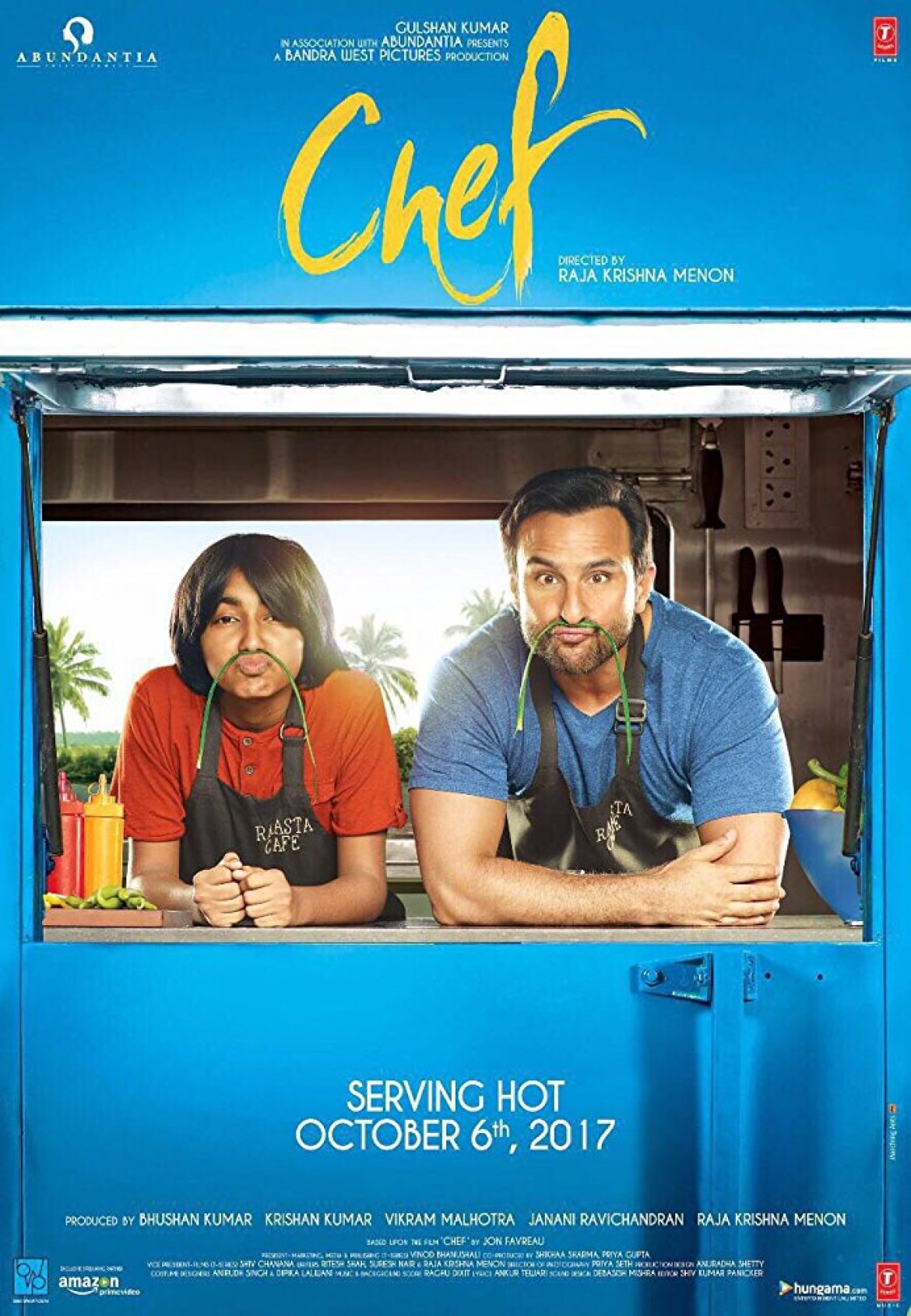 CHEF- After the success of “Airlift form last year, Director Rajeev Menon goes a different route into the Indian culinary route by adapting and taking on John Favreau’s Hollywood flick, “The Chef”.

This time it is more NRI and Indian-centric for our Bollywood palette. “THE CHEF” stars Saif Ali Khan, who plays Roshan Kalra, a leading Indian Chef in New York , for “Galli-Indian Restaurant”. Things go sour, and he takes a forced break to unite with is son and ex-wife in Cochin.

He reminisces and wants to connect back with his son. He takes him under his wings through his summer break. He takes him from Goa, Amritsar, to New Delhi to show him what good Indian food really is, and what it is to be a true Chef. It is a good father and son film, along with new find Padmapriya and Milind Soman playing their parts naturally well.

Actor Saif Ali Khan suits the urban character well, yet the film in the second half could have become more interesting, when they launch on their new venture with a food truck that travels city to city. All they serve is “Rottza” – (A chapathi type quesquedilla). Show us some more culinary experience Chef Kalra… The film gets a 2 and a half star recommendation.  Courtesy Awesome TV & BEING FILMY.