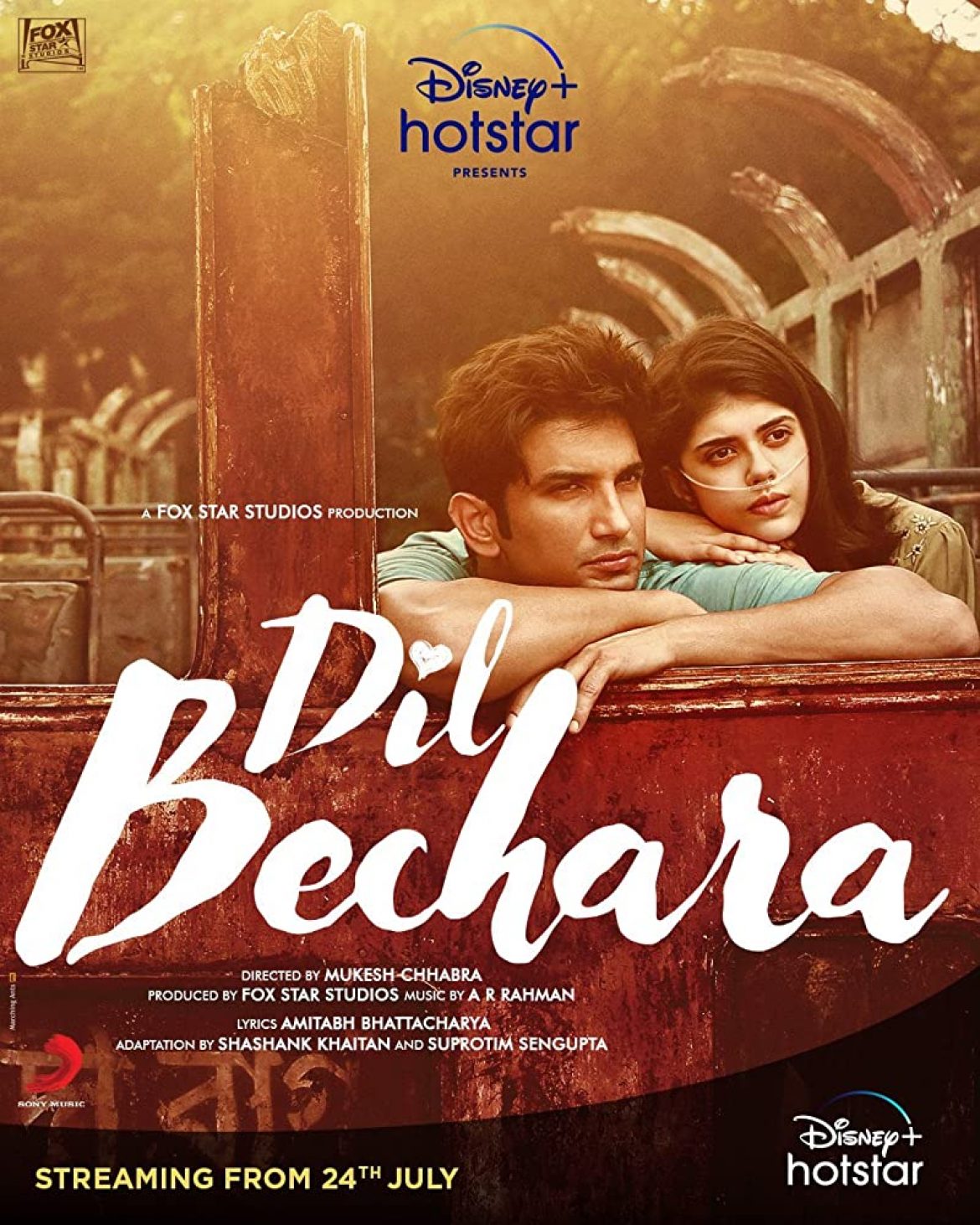 DIL BECHARA – “Ek Tha Raja…Ek Thi Rani…Dono Mar Gaye… Khatham Kahani…” – In a eerie way such things in reality do happen. “DIL BECHARA” that just released this week on Hotstar is Sushant Singh Rajput’s last film before he passed away. Along with him is Sanjana Sanghi, who debuts opposite him as the leading lady. She is plays the cancer patient college student. They are both star crossed lovers who are battling cancer in their own individual ways. It is a remake/adaptation of the Hollywood 2014 hit film called, “The Fault In Our Stars”.

Now I have seen the original, and I felt that the Hindi version, lacks in depth of the characters development. The Hollywood version engaged you, and moved you more. In the Hindi version, you feel the film is incomplete, choppy, and deeply edited. However Sushant’s last performance in this film was endearing, and showed that he had lot of talent. Sanjana as Kizie, plays her part with confidence and sensitivity quite well.

The film also reminds you of the old Rajesh Khanna/Amitabh film – “ANAND” as well. The theme of life is that we as people see life as either half – empty, or half-full. So much to conquer, yet so little time. One wishes to fulfill one others dream, while the other wants their dream to be fulfilled. That is the feeling you get when you watch “DIL BECHARA”. Overall the film gets 2 and a half stars. The direction by Mukesh Chhabra could have been better. Courtesy Awesome TV & Being Filmy!