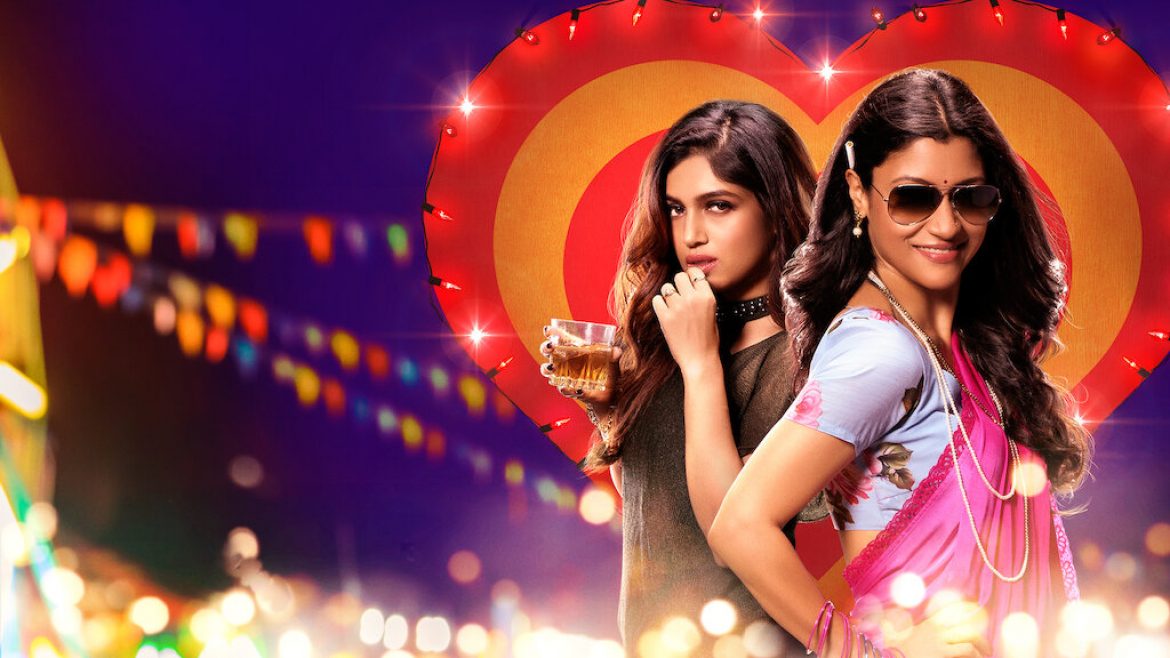 DOLLY KITTY AUR WOH CHAMAKTE SITARE – Coming from Balaji Films, on Netflix this week, is a new film from Bollywood, that tackles many subjects and opens the dialog of Woman and their sexual repression in India.

The film stars Konkona Sen Sharma & Bhumi Pednekar in key roles as cousin sisters who feed off each others guilts and desires. It is a mature content film that also tackles the gender inequalities that we face as well even today. The film shows again, the chauvinistic way of how we live still in a male dominated society.

Set in Noida, these girls from originally Bihar, are trying to break away from their unhappiness. either from their marriage or as “Kitty”, played by Bhumi Pednekar, wants to be independant and run away from her leach/touchy-touchy -“Jija- Ji”. She gets a job in a call center that solicits romance and sexual desires for men. She later falls in love with her client, played by Vikrant Massey and loses her virginity to him. Her character is betrayed and at the same time she goes forward and explores her inhibitions with a local DJ, and so on.

The concept of having an affair with a younger boy, as Dolly’s character, played by Konkona appears forced in the film, and looks crass. The film could have been classy by tapping into these sensitive topics, but the maturity and the handling of this film by director, Alankrita Shrivastava leaves you hollow, and confused, in what she finally wanted to say with this film. “DOLLY KITTY AUR WOH CHAMAKTE SITARE” disappoints and gets only 1 and a half star recommendation. Courtesy Awesome TV & Being Filmy!