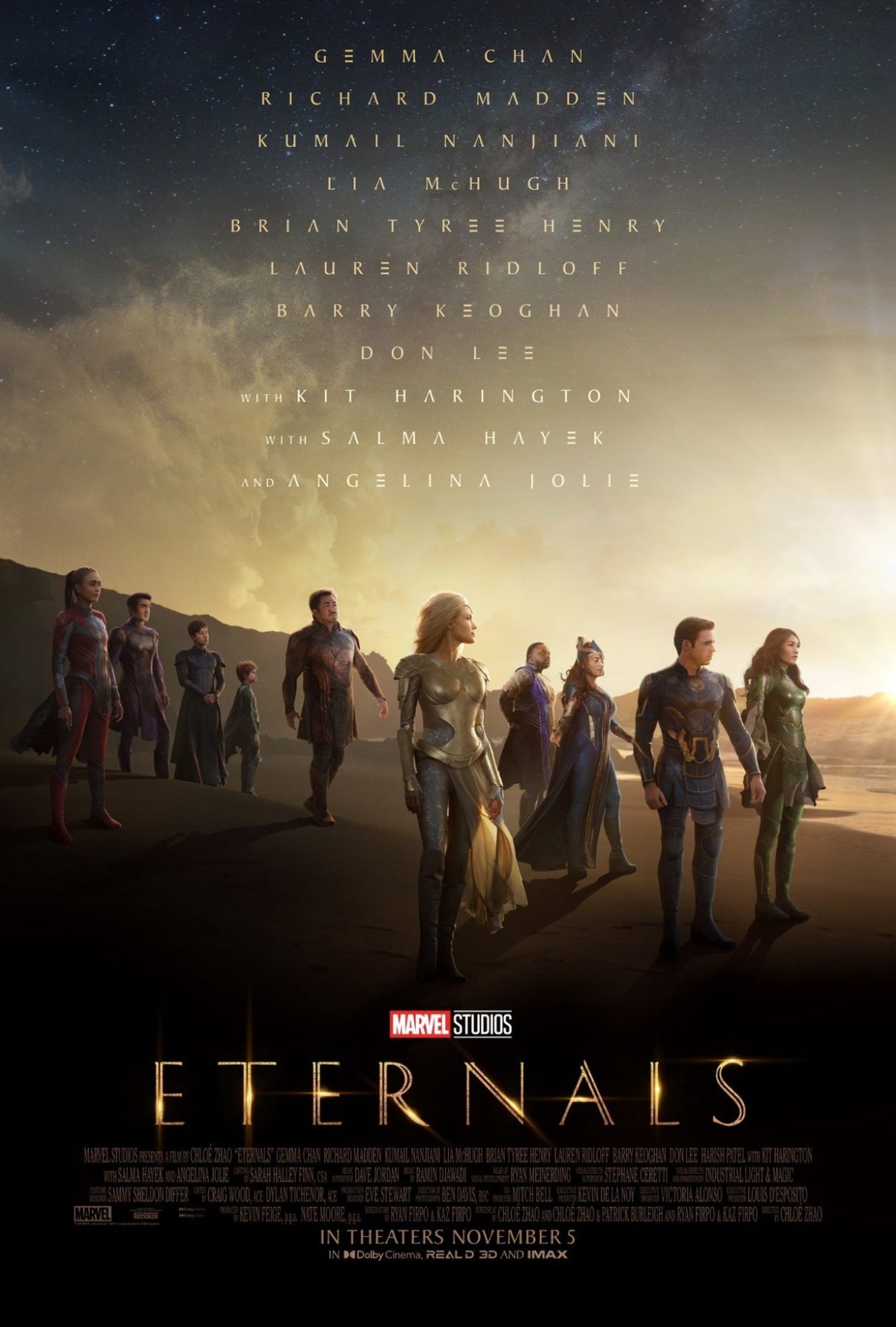 ETERNALS –  The universe and our galaxy are huge in space, and there are many others. When a civilization ends, and a world is destroyed, then a new one emerges, and that is the cycle of life that Marvel Studios wishes to deliver with  – “ETERNALS”. Directed by Chloe Zhao, and the concept by Jack Kirby is from our good old comic era, I felt this is the most philosophical superhero flick with many theories and concepts thrown in. This mega $200 million mega-budget film is indeed an IMAX treat, with a huge cast.

From Salma Hayek, Angelina Jolie, Kunail Nanjiani, to Gemma Chan and Richard Madden, parly form “ETERNALS”. The film tells the story of these mythological so called robot immortals that have come down to earth from Olympia, to observe human stability, and growth.

For more than 7,000 years they have roamed the earth, but now the Earth is in trouble, and they have to expose themselves to allow the next celestial beings to form. I know its a lot for the brain to absorb, but things take another course with these “Eternals. They wish to change the trajectory and change the Earth’s course. This shall save the human race, environment and humanity combined.

It has this utopian feel and can be vague at times, but see it anyways. You got to also give Jolie and Nanjiani their dues by bringing something new to their characters to play. As Athena Jolie stands out, as a frustrated and rigid character, while Kunail is a superhero that wishes to immortalize himself as Bollywood dynasty Superstar. Oh yes and what about Thanos?? Then you must see the film for answers.