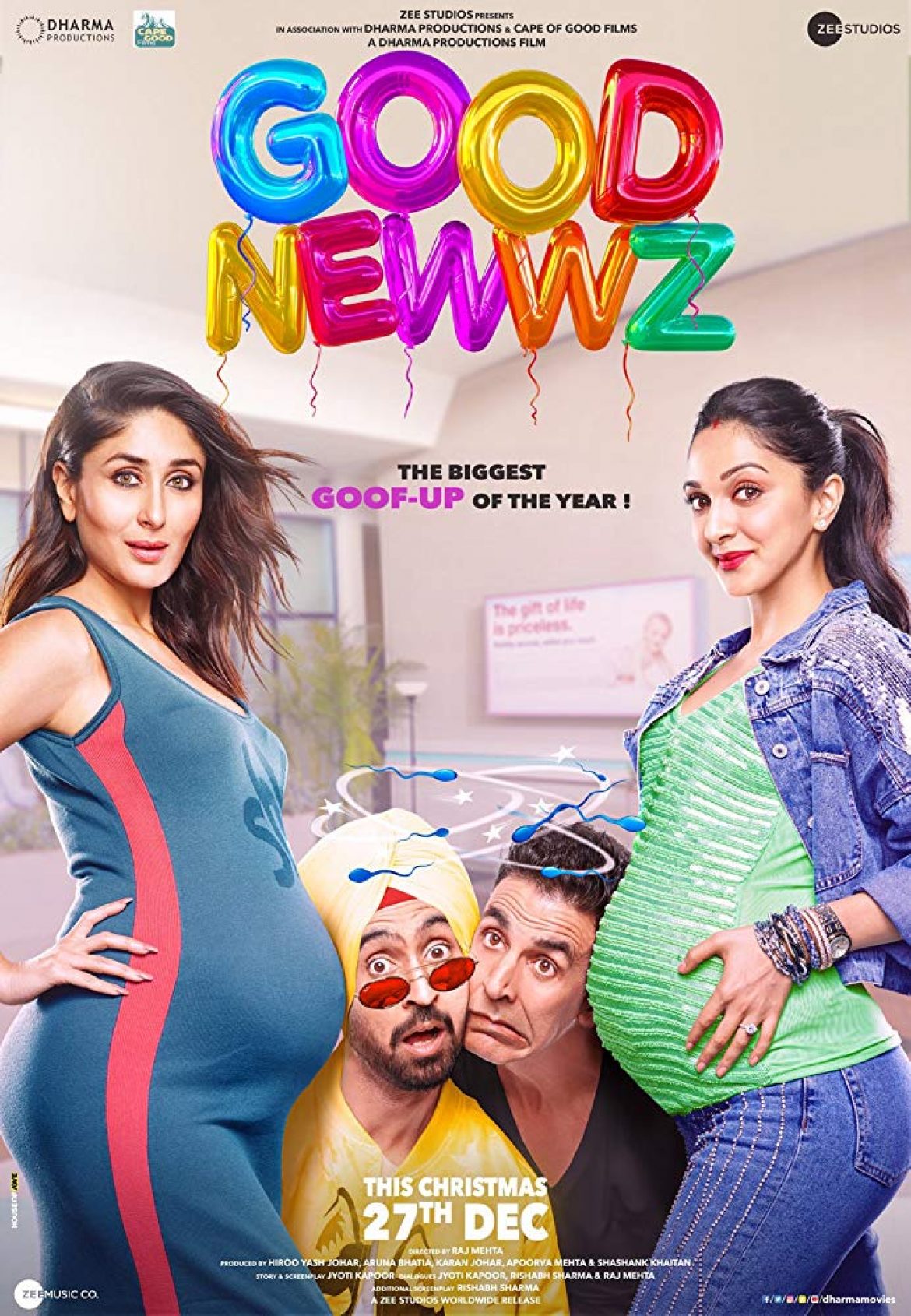 GOOD NEWWZ  – “GOOD NEWWZ” for Bollywood. Yes once again we can see that times are changing for the better with some innovative concepts and topics that were once considered risky in Indian Cinema. The topic of IVF, infertility, and the right to have a child or abort is the genuine right to have for any woman throughout the world.

Director Raj Mehta, takes a look at this subject in a very funny way. Sperms being mixed up, being swapped at the clinic can be very traumatizing. Especially from two couples that are poles apart, then get connected to each other in this bond. The film is hilarious, and the performances by Akshay Kumar & Kareena Kapoor Khan as “The Batra’s” are so natural, that you feel like you are that married couple – If you are married. The sarcasm, demands and frustrations of having a child is a subject that one can easily relate to.

The other “Batra” couple played by Diljit Dosanjh & Kiara Advani, are there to hold their fort as well. They actually make the film go forward and open up many questions that answers the many qualms of trying to conceive a child through IVF. It s a well scripted film, with fun songs, and is a perfect film to enjoy during the holidays with entire family. The film gets a 4 star recommendation. A Must See!! Enjoy!! Courtesy Awesome TV & BEING FILMY.