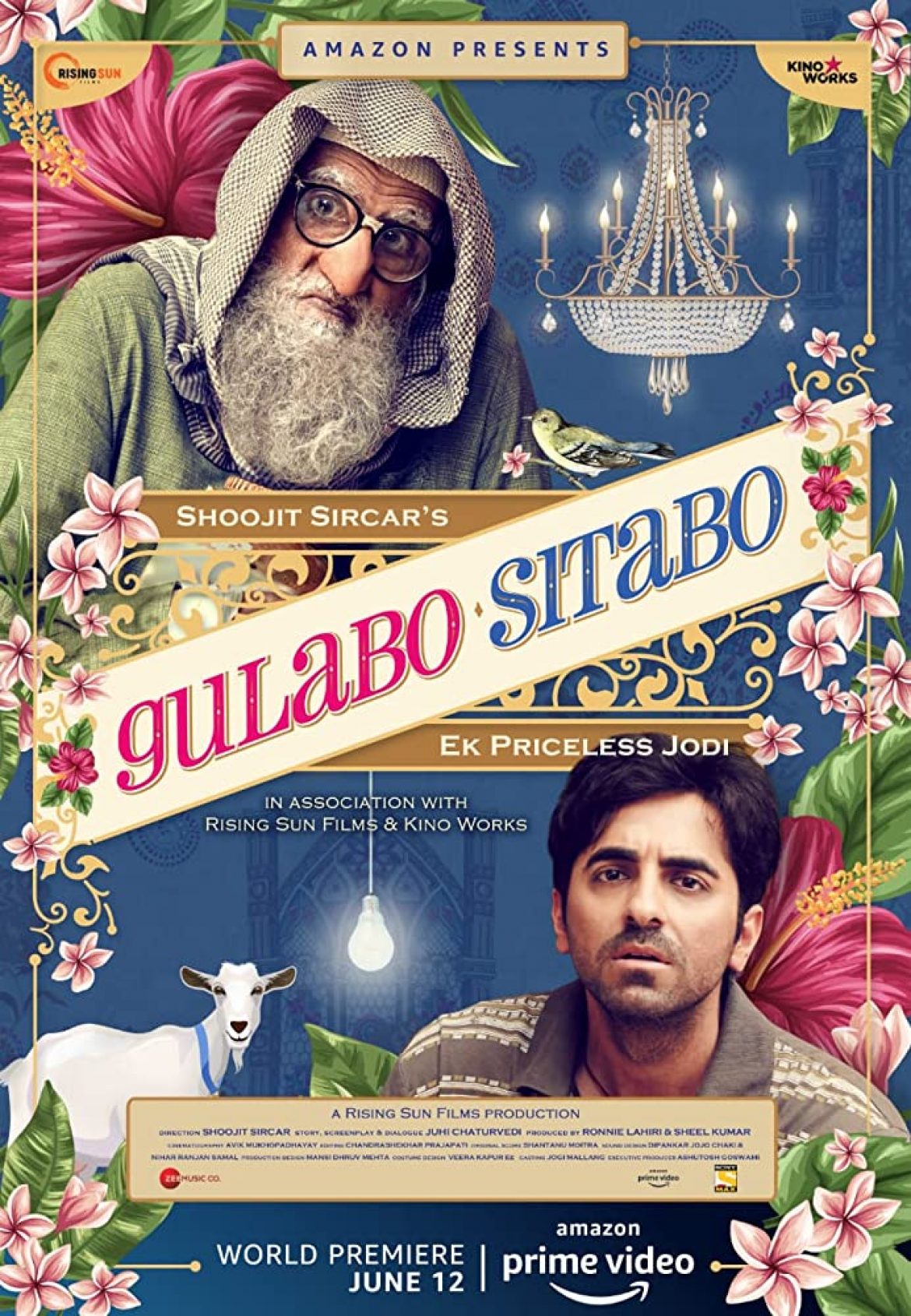 GULAABO SITABO – Believe me when I say I am indeed a die-hard fan of Amitabh Bachchan, even when he is playing his real age of 78, and I think Ayushman Khuranna is the millennial actor of today in Bollywood. But when they come together for the first time in Shoojit Sircar’s – “GULABO SITABO”, It becomes more of a letdown and a bore to watch.

Coming from The “Piku“, “Pink“. and to some extent, “October” director, I feel he could not do much with a weak story, and script by Juhi Chaturvedi. Please note she is a very talented screenplay and story writer, but in this script I think she forgot to put empathy in all their characters in this film.

Set in Lucknow,the film tells the story of Mirza, played by Amitabh Bachchan, who is the care taker – “Ghar Jamai” of this century old mansion. His begum owns the property that she had inherited from her family, and she is much older than him as well. Part of the property has been allocated to tenants that are not paying the rent, and are neither willing to vacate. He is waiting for his wife to kick the bucket, so that he is the soul owner of this palatial mansion. Ayushman and his family get support from an outside person, played by Vijay Raaz, who feels that the Indian government will always be in support of taking tenant’s side to protect them from being evicted, or be liable for any damages to the property dwelling where they are renting from.But even he is up to something shady.

These shady things do happen in India, and it can be ruthless on both sides. The concept is good, but somewhere it gets lost in translation. Amitabh plays the role with realism, but lacks that chord that would connect with the audience. Actually I felt no emotions for all the characters.I guess these films that are coming online, onto Amazon Prime, and not in the theaters, are simply because these are not theater worthy films. The film gets only 1 and a half stars. Courtesy – Awesome TV & Being Filmy