Tollywood’s popular Production House Abhishek Agarwal Arts have picked a controversial subject for their maiden Bollywood project. The film The Kashmir Files directed and co-produced by Vivek Ranjan Agnihotri is getting ready for release, as production works are already completed and post-production works are also in progress.

After the clutter breaking, hard-hitting and successful The Tashkent Files, the team have announced their next big project. Title and motion poster of the film named The Delhi Files are revealed. A Sikh kid can be seen in the poster on the Emblem Of India logo which is coloured red, indicating the film will deal with another compelling tale of a dark and unread chapter from Indian History. The poster alone makes a great impact.

As soon as the film was announced, it received a humongous response from the audience. The film started immediately trending on Twitter

Tej Narayan Agarwal presents the movie, while Abhishek Agarwal Arts and I am Buddha Production will produce it. It’s a Vivek Ranjan Agnihotri Film produced by Abhishek Agarwal, Archana Agarwal, Vivek Ranjan Agnihotri and Pallavi Joshi. With The Kashmir Files already being made before this, The Delhi Files will make for a compelling and gripping trilogy for the makers. 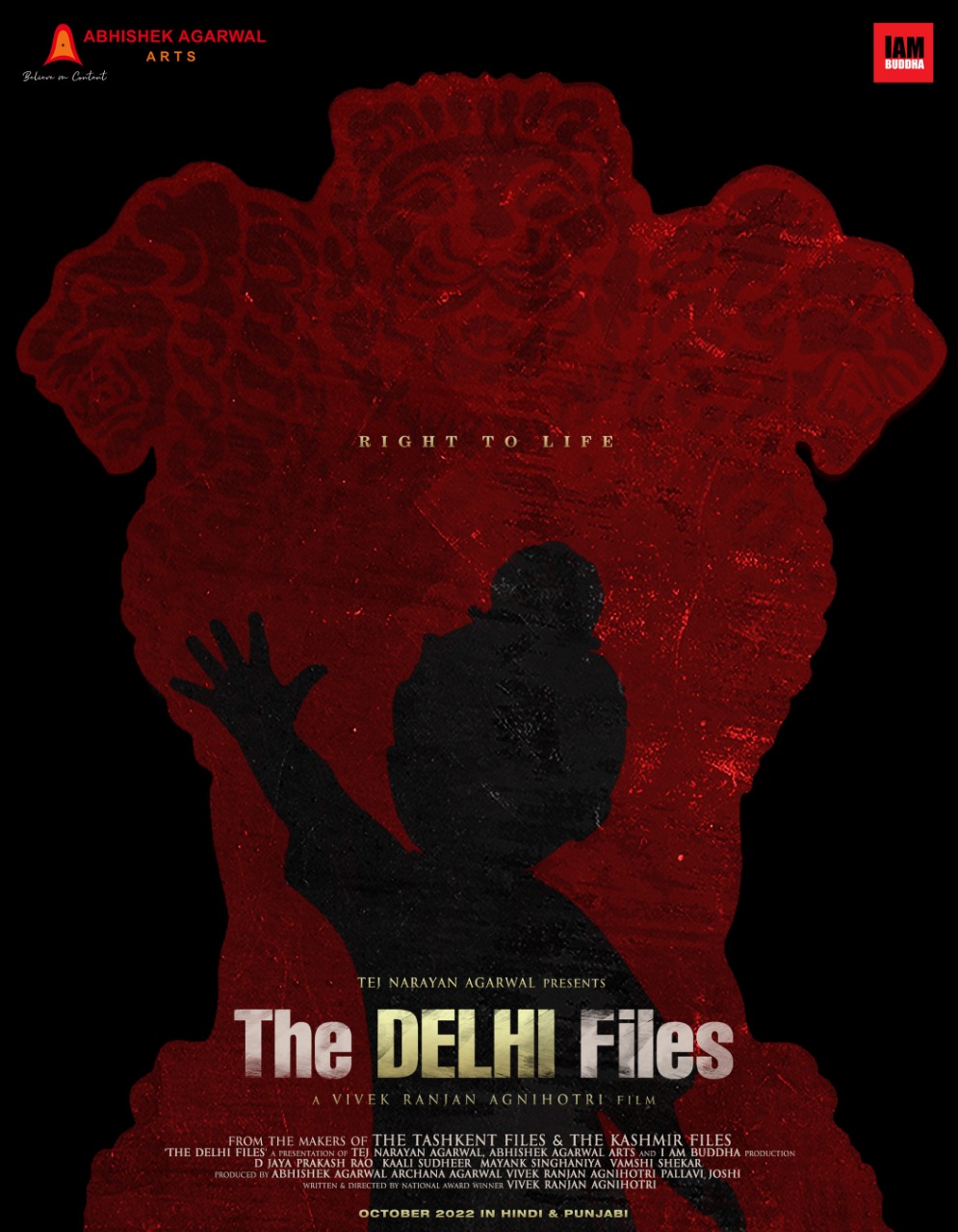