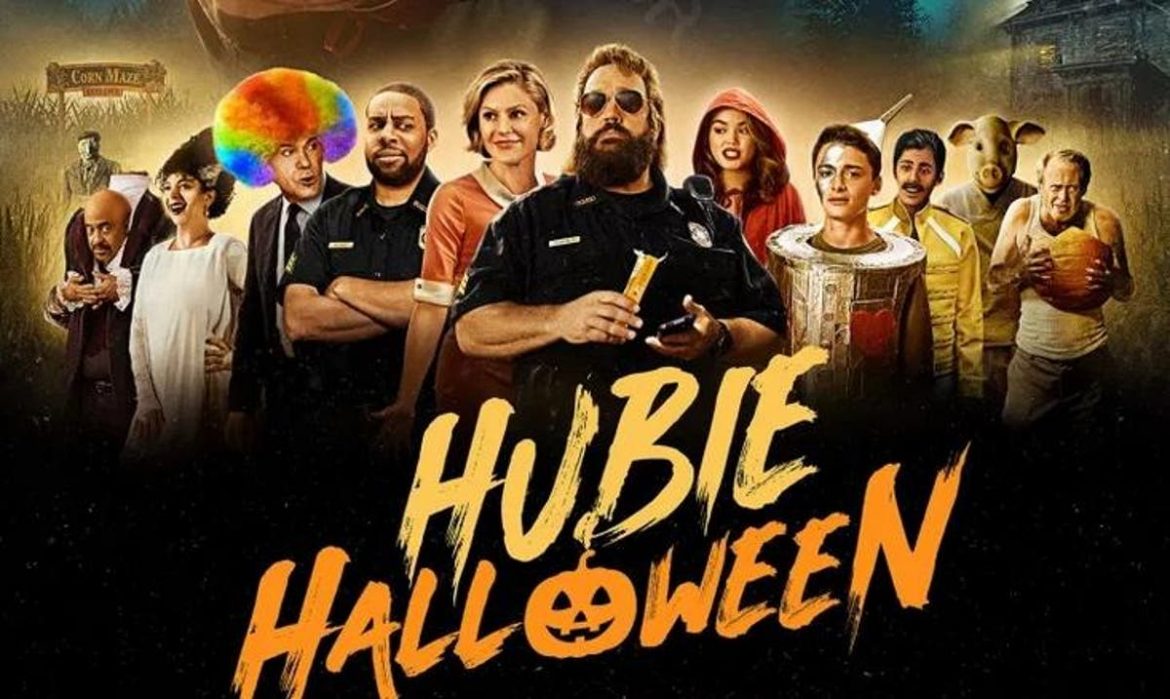 HUBIE HALLOWEEN – Adam Sandler’s Last film, “Uncut Gems” was critically acclaimed and I personally thought it was one of his best performances to date. But now he comes back to his roots which is all out slapstick comedy for the Halloween season. Its called – “HUBIE HALLOWEEN”, which is now on Netflix. Its a fun family film that is at most times ridiculous and over the top, but it does make you laugh. The film has a big star cast from SNL characters, to Ray Liotta, Ben Stiller, Kevin James, Maya Rudolph, and Steve Buscemi.

Adam Sandler plays the role of a low self esteem guy named Hubie Halloween, who likes the Halloween festive season, but easily gets scared and dodges things that are thrown at him by hecklers in his neighborhood. He is just a “Nice Guy”, that his loved ones and his mother feel about him. But he is always at the center of the story of being bullied. He keeps an eye on everyone including his neighbor, who might be a werewolf, played by Steve Buscemi. He tries to protect people in danger, but is always taken for granted as a wimpy guy.

His character does have shades of his earlier character in “Waterboy”, which I felt was a rehash as plays the role of “Hubie Dubois”. The way he would mumble his lines are very similar to that earlier movie. Despite all that it is a light hearted comedy that you can enjoy with your family this weekend. The film gets a 3 star recommendation. Courtesy Awesome TV & Being Filmy!