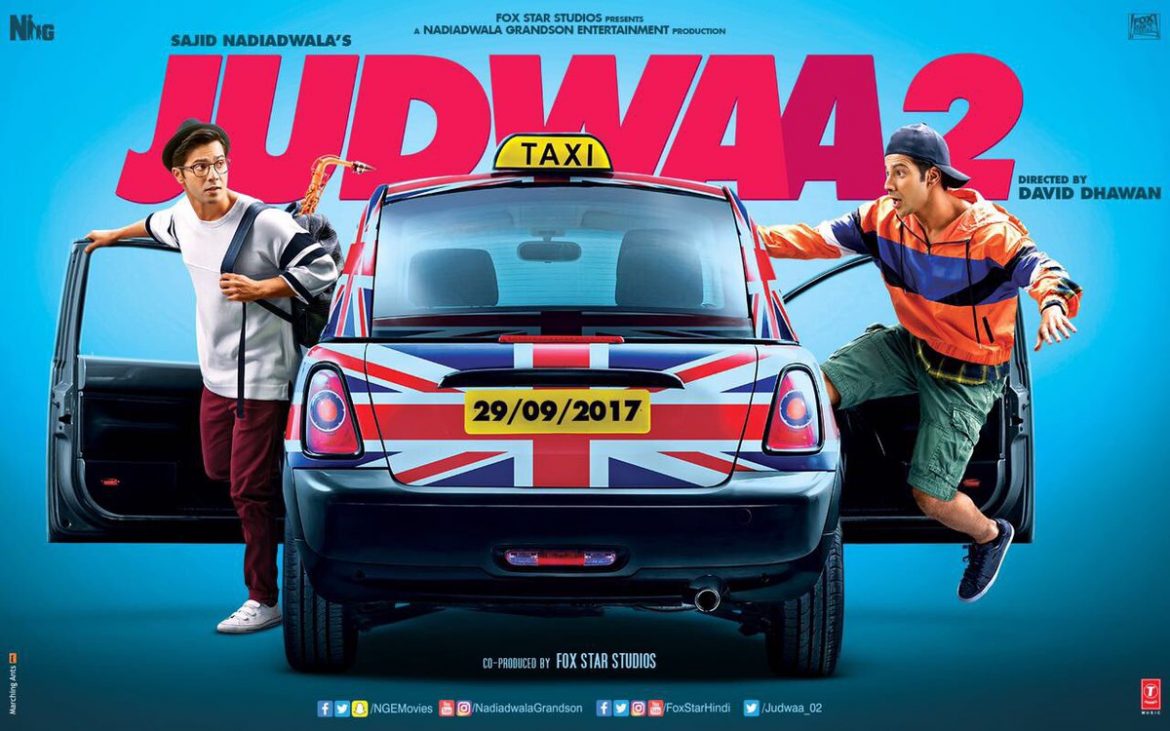 JUDWAA 2 – David Dhawan does a rehash, or rather a remake of his original “Judwaa”, with his son Varun Dhawan as long lost twins in “JUDWAA 2”. The film is the “Corsican Brothers” – Desi Style, which pays homage to the Salman Khan version, with the 2 catchy numbers retained. “Oonchi Hai Building:, and “Chalti Hai Kya Nau Se Baarah”, are the highlights of the film.

Both girls Jacqueline Fernandez and Tapsee Pannu are hot, and are eye candy for this film. Actor Varun Dhawan has acted with earnestness in bringing the Salman Khan characters of Prem and Raja back to life, with similarity and sincerity.

However the flip side to this old formula comedy of errors, is the weak script the film has. It makes it appear corny and dry. I wanted it to get more funny, and even ludicrous, but it just ends up as a time pass for me from the king of comedy director David Dhawan. The film gets a 2 and a half star recommendation.