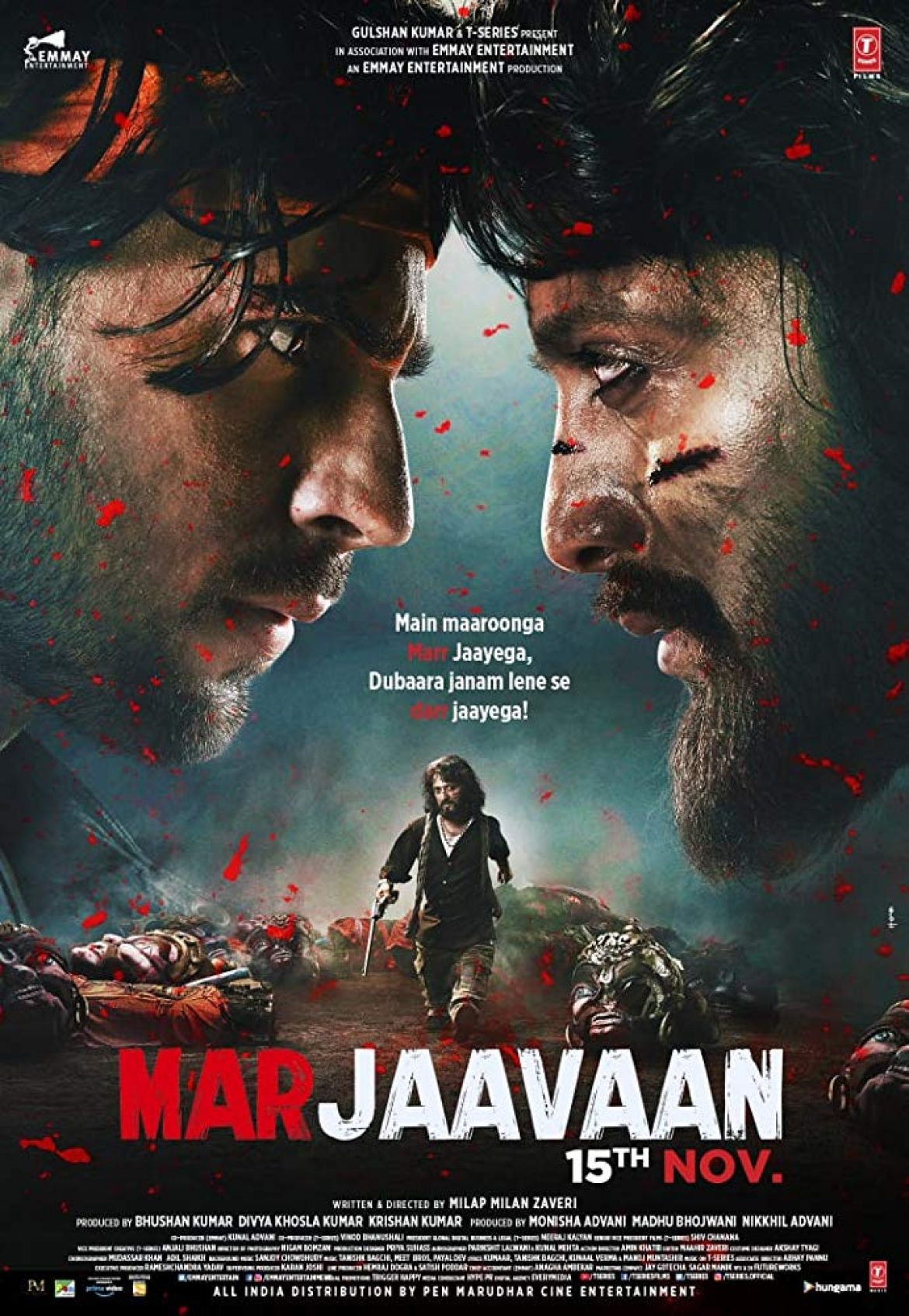 MARJAAWAAN – Oh My God!! – You will indeed “Marjayega” – (Die), watching this film called “MARJAAWAN”. This is such a bad B-Grade 80’s potboiler that is 10 times worse, and made for today’s audience. In a nutshell the theme is “Gunda Ban Gaya Gentleman” – (Thug Becomes A Prince”). But instead that dream is short lived, and the hero “Raghu”, played by Siddharth Malhotra ends up in jail. But then gets out of jail for Dussehra, and avenges the death of his love like Ram in the “RAMAYAN”

It is the most crappiest story, that gets ridiculous, as it goes on, with bad acting from all, with the exception of the new girl, Tara Sutaria as “Zoya”.. But even her role as a mute Kashmiri residing in Mumbai, has such an inconsequential role. As for Rakul Preet Singh, playing the role of a nauch girl like Rekha, in “Muqaddar Ka Sikander”, is a waste of new talent that could have been done by an extra.

The story is about of an orphan that is loyal to his South Indian Godfather, who is a Mafia Water-King, who threatens his love interest to protect his Kin, Vishnu, played by Ritesh Deshmukh, since he cannot control his misdeeds in life. Oh and even more absurd is that, Ritesh Deshmukh plays a villainous 3 foot midget, that is jealous of his father’s right hand man Raghu. He wants to make his life miserable. Instead I was more miserable sitting through this garbage.. Director and Screenplay writer Milap Zaveri, please stop making films forever You really suck this time. The only saving grace is the songs in the film, and for that the film gets a generous 1 star, otherwise a big fat 0. courtesy Awesome TV & BEING FILMY.