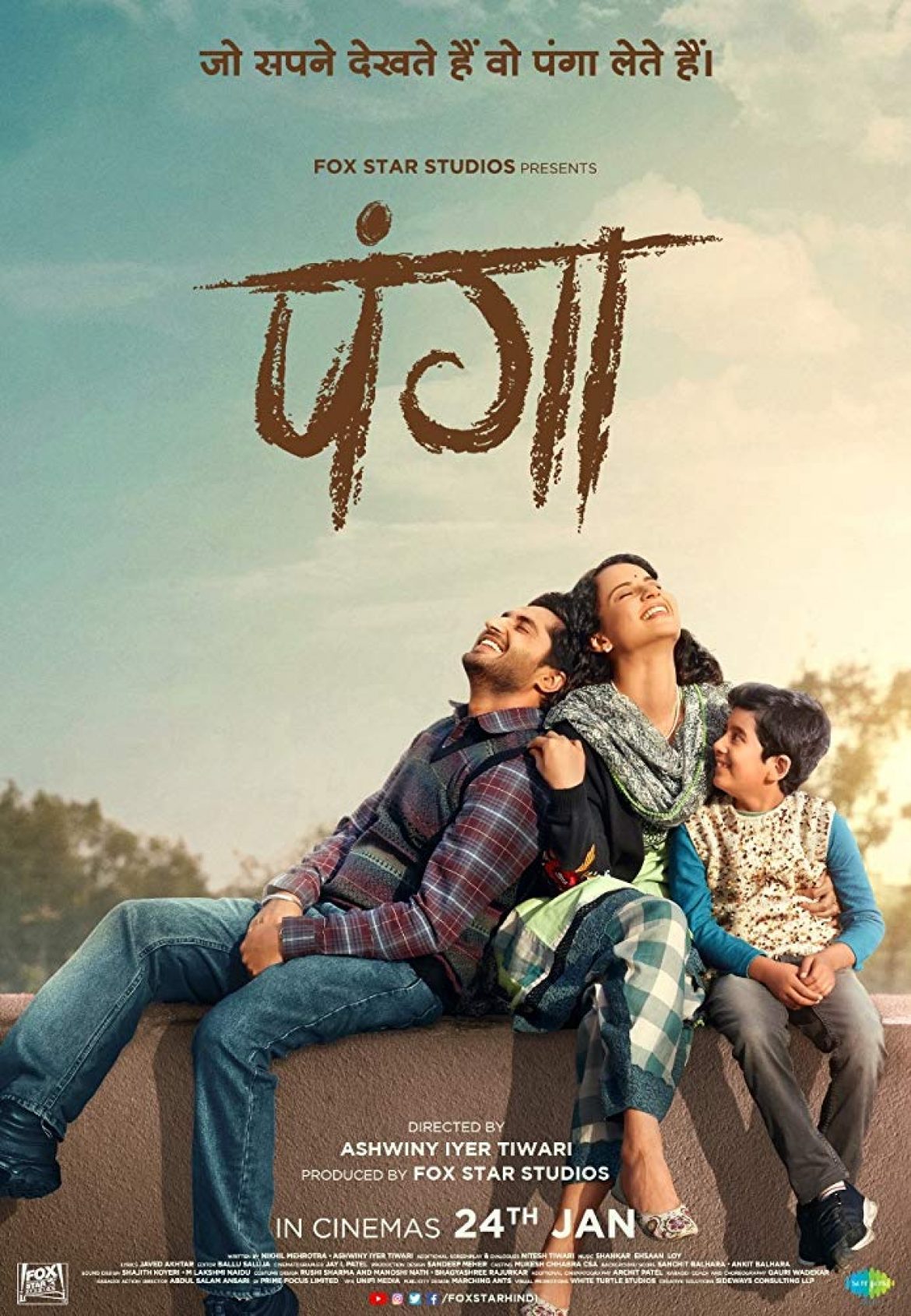 PANGA – After “Dangal”, another uplifting film comes from this time Nitesh Tiwari’s wife, Ashwiny Iyer Tiwari. “PANGA” which has released this week, is a great uplifting film for women, and for the whole family to love. “Kabaddi” is an Asian National Sport, and the film deals with a woman’s aspiration to fulfill her dream to pursue this sport even if you are a mother, and is a little too old to be considered to participate. But, “PANGA” tells you the story very simply by saying never give up in what you wish to pursue.

Kangana Ranaut is one of those actresses that suits this role as Jaya Sachdeva, In real life she is controversial, and has faced setbacks, but she bounces back once again in form with this film, after “Queen”. She is so real and natural in her performance. She is a loving and devoted mother to her 7 year old son, and her husband, She has a loving family that supports her. I felt it was real, and it was a bite out of real middle-class life in India.

Jassie Gill as the husband, Richa Chaddha, and Neena Gupta as Kangana’s mother give great support to the film as well. But the trump card is this new kid, who plays her son – Yagya Bhasin. The kid steals the show, with great confidence and timing. He is the kid to look out for. Its a feel good movie for the whole family to enjoy. The film gets a 4 star recommendation, with award worthy performances. A Must See! Courtesy Awesome TV & BEING FILMY.