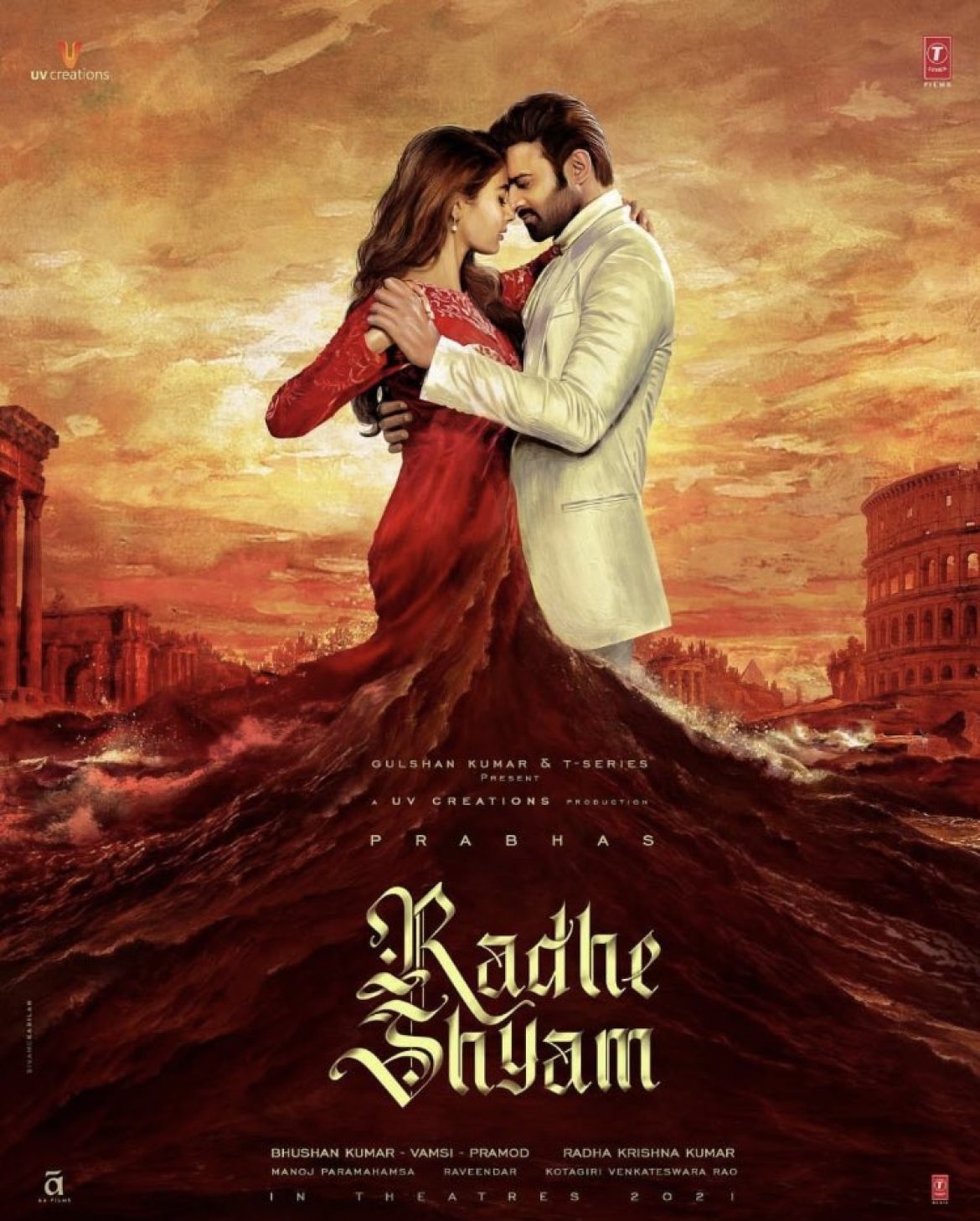 RADHE SHYAM – An Indian Nostradamus that can predict what is in your future and can read your hands is an interesting concept for a film, but unfortunately in “RADHE SHYAM”, this story gets lost in translation.

Set in 1976, Actor Prabhas plays the role of a vedic astrologer who along with his Guru feel that the Science community is always at loggerheads with their analysis of seeing the world. They feel evidence for support is always needed to have validity of proof. But sometimes somethings happen without answers they say. He predicts Indira Gandhi’s plan to put India in a state of emergency. He even predicts a wealthy man’s road to running his family empire rather than join politics. He does not change the fate. he just tells it like it is.

But he can not predict is final outcome in love, since he has no way to detect that in his palmistry. He has no love line in his hands, so he runs away from it, until he falls in love with Radha, played by Pooja Hegde. She is beautiful for the role of doctor that works in palace like haosital set at the turn of the century. Now why is that I ask?? But her character portrayal is weak and limited. She has only a few months to live, because she has a rare tumor., But his predictions say she will live for long.

So instead he rather flirt with her and run away to another part of Europe. He feels their lives will never collide, and is unexplained, until he comes back on a Titanic ship. Against all odds and crosses a tsunami only to be with her lady love, now that she cured. A bizarre far fetched film, that leaves with an expressionless feeling.

To add Prabhas speaking Hindi was terrible. He needs to learn the language, or do Telegu films. His acting was like a zombie. Also why is it set in Venice and Rome in 1976?? That era looks like it is of present day.

But the flip side of this film, is that it a visual treat. A moving form of artwork with good music and background score. Other wise “RADHE SHYAM” is a trainwreck all the way till the end.