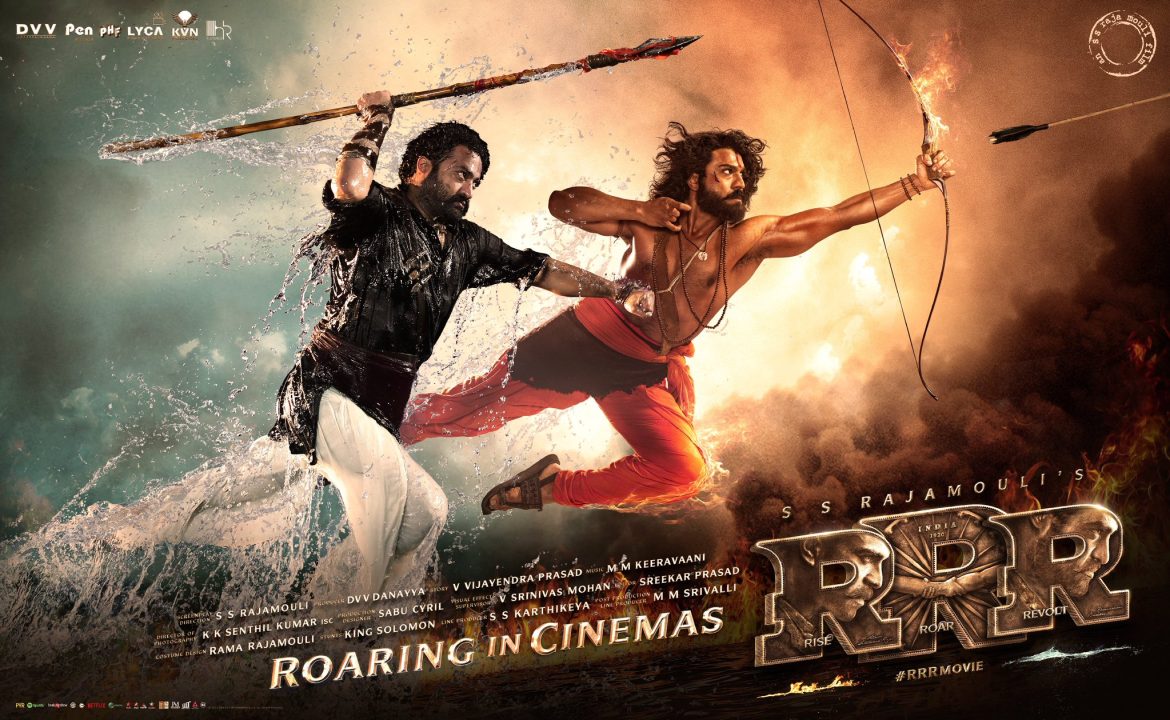 RRR Movie – LOAD…AIM…SHOOT….” – That is the message that a father tells his son young RAM to do. Take up arms to fight for your country, and defeat your oppressor. “RRR – Directed by S.S. Rajamouli of “Bahubali” – fame delivers a fast paced ,masala bollywood caper, that brings you back to the Manmohan Desai era of films, where mistaken identities unite, with the old formula of Ram-Laxman & Sita formula thrown in, as a result, you are yjam ready for a full-on entertainment film

Set at the turn of the century, in India, under British Rule, “RRR” shoes how Indians lived in a slavery like way, against their will, and were treated like animals. It is upto 2 friends that are like brothers that finally unite, when finally their paths collide for that cause to bring the British Raj down to their knees.

One is a police officer, while the other is a villager, who wants to rescue his sister from being kept as a slave for the Governor’s wife . Both Ram Charan & NTR Jr. have good chemistry together in this buddy-buddy film. The action sequences are done on a big scale. It is fast paced, and the “NACHO NACHO NACHO” song will get your foot tapping.

The cameos by Ajay Devgn & Alia Bhatt do give weight to the film. However the script and subject matter could have had more drama & substance. But the way the film has been executed, these blemishes are excused. Go take a look in theaters near you.