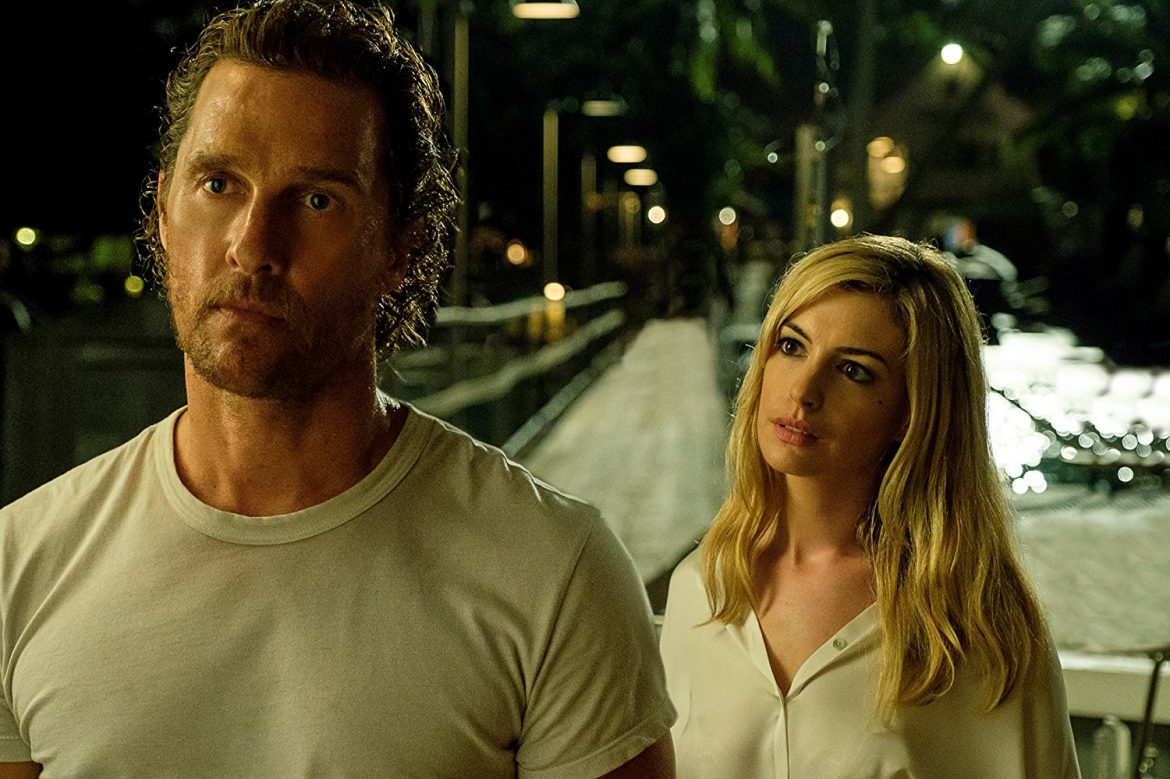 SERENITY – Whoa….”Lets Catch That Fish…” is the line that often gets repeated in the film and in Mathew McConaughy’s Mind. But wait… is this a modern day “Moby Dick”??, or it looks like the 90’s hit film – “Cape Fear”??. Well it feels like I am in Miami in the 90’s. And where is this Plymouth Island, which is nearby Miami, where the cars steering wheels are on the wrong side. Wait a second the film has so many twists, that you begin to feel like you are watching “The Sixth Sense”, but this time its about a father who is a fisherman, who waits to catch a tuna, sleeps with a divorcee, who is played by Diane Lane. He gets additional revenue, when his business is down. He also wants to get his son back, who he has not seen in the last 10 years.But wait, he does not exist.

This film is very far fetched and unbelievable. There is a lot more to “Serenity”, but less said is better. The only hot thing was Ann Hathaway, as Mathew’s Ex, who wants to have her new abusive rich gangster husband murdered for 10 million dollars.. Even with this much material, she too unfortunately disappoints us as well in the film. The film only gets a generous 1 and a half star review. Courtesy Awesome TV & BEING FILMY.