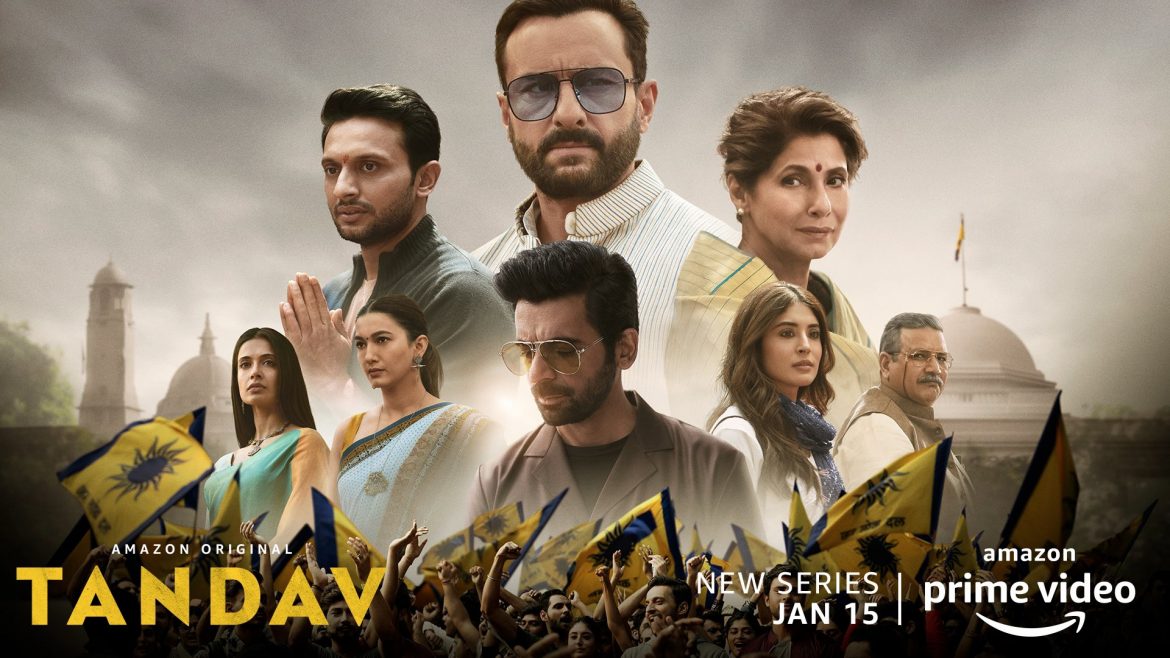 “If you can’t be the King, then be the Kingmaker…” – says Samar Pratap Singh, played by Saif Ali Khan. …All is not well in the Parliament of India…Coming from Director Ali Abbas Zafar of “Sultan”, “Tiger Zinda Hai” & “Bharat”, he now comes up with a fast paced political drama mini-series called, “TANDAV”. Season 1 which released just recently on Amazon Prime.

Saif Ali Khan plays the role of the politician who is next in line to become a Minister. But for now his father has won the election again, and runs the roost. Tigmanshu Dhulia, Dimple Kapadia, Mohammed Zeeshan Ayub, Sunil Grover, and Dino Morea play key roles in the series as well.  There have been many political movies in the past like, “Rajneeti”, so as an audience you do feel that kind if deja-vu with this subject. It is a predictable affair, but what goes good with “Tandav”, is that it is fast paced, with a lot of twists and turns, that you want to see what happens next. Each episode is fast paced.

Saif Ali Khan in a negative role as the suave spoilt member of his party, plays the role of the puppeteer of his cabinet, and he has vengeance on his mind. He looses his seat to Anuradha Kishore, played by Dimple Kapadia. Her relation with his father scorns him, yet at the end Saif controls all cards. He sees the youths of today can be mobilized for his gains in the future as well.

There is a lot going on with many subplots. But at times you tend to only want to focus on one part of the story, rather than many. Also the background score at times was jarring and loud. Why drown out the dialogues?? That bothered me at times. Overall it is still an interesting watch. “TANDAV” .