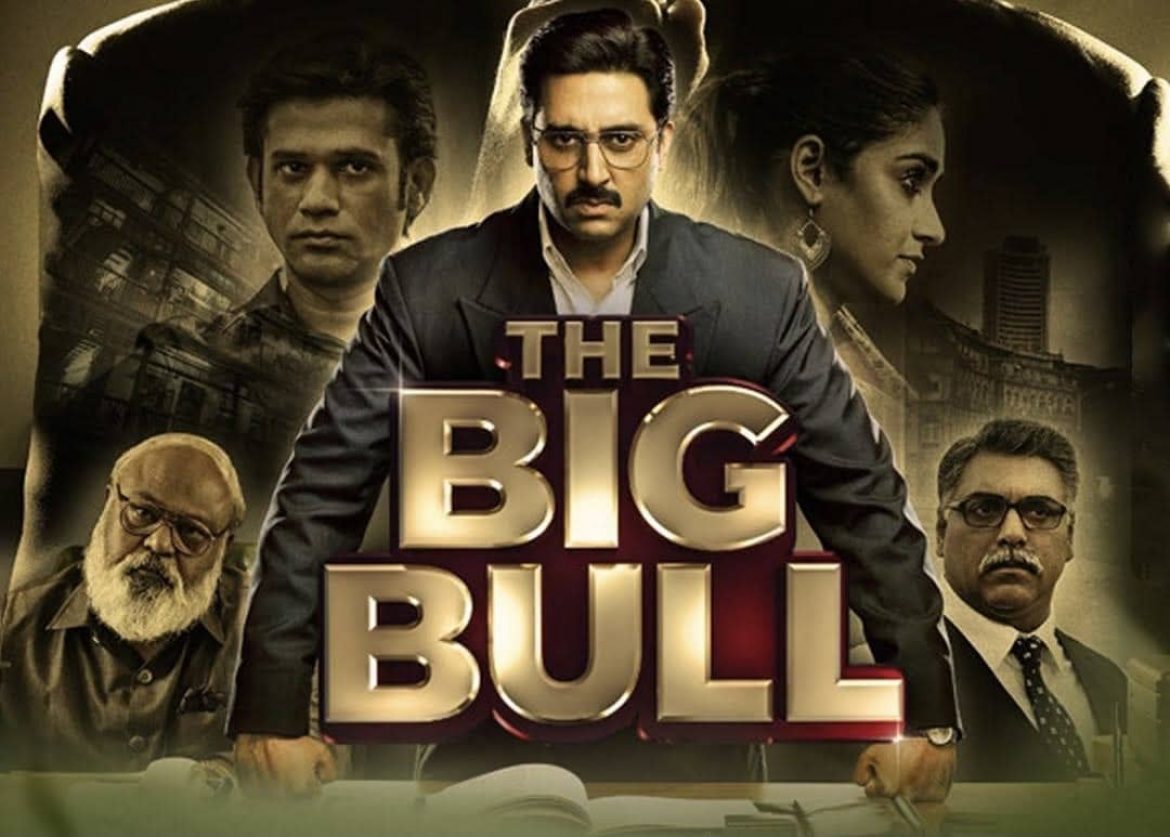 THE BIG BULL – Yes folks…”THE BIG BULL” has arrived on Disney Hotstar, and finally I must say an engaging Bollywood film to watch in 2021. The film is loosely based on the life of Harshad Mehta and the scam that rocked the stick markets during the 90’s in India.

The film tells the story of a Hemant Shah, who saw the loopholes, with the banks, and got away with insider trading. You could say he was a master of manipulating the markets as well. Abhishek Bachchan has given a good performance after a long time. He gets into the skin of the character with the right mannerisms and postures.

At the same time you see the similarities of his performance from “Guru” – (2007) in this film.  Yet what sets “The Big Bull” apart from that film, is that you see the grey shades of greed, that sets a person into that mold. You could say there is no turning back or slowing down from that point onwards, until things come crashing down.