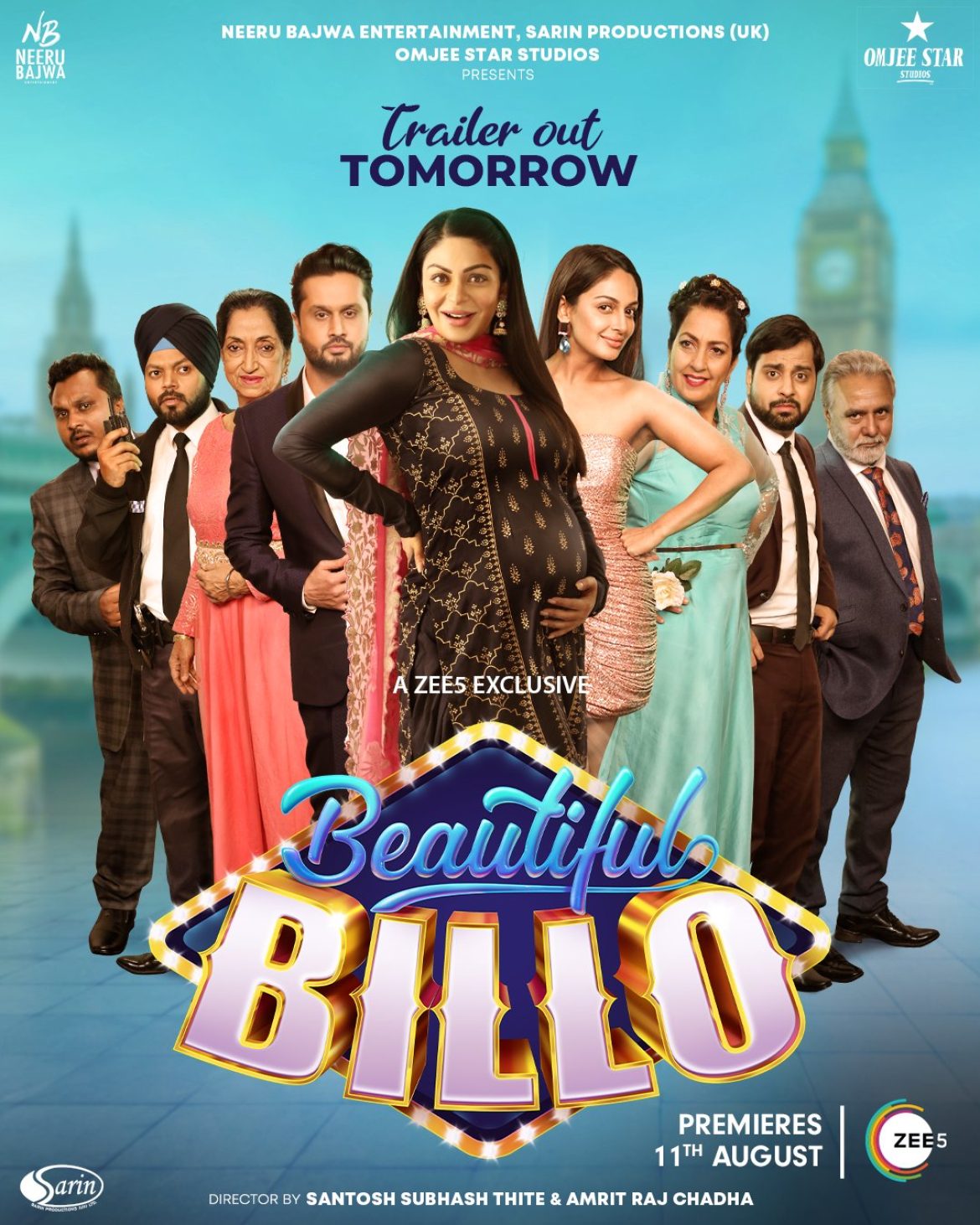 ~ Fans held their breaths watching the glimpse of nakhreeli billo.
Film to Premiere on ZEE5 on 11th August 2022~

The trailer of the charming Neeru Bajwa’s upcoming movie, ‘Beautiful Billo’ ZEE5 brings forward their ‘Rajj Ke Vekho’ campaign, premiering the film on India’s biggest homegrown OTT platform ZEE5 on 11th August 2022. Neeru Bajwa Entertainment, Omjee Star Studios, and Sarin Productions (UK) are all set to present the khatti meethi life da swaad of ‘Beautiful Billo’.
Helmed by Santosh Subhash Thite, co-directed with Amrit Raj Chaddha, screenplay by Rupinder Inderjit and dialogues by Surinder Angural, Beautiful Billo is a Comedy drama movie set against the backdrop of United Kingdom. Neeru Bajwa in the lead role of this film and is ready to show everyone her adorable billo tantrums, a glimpse of which has been shared with all the fans as the trailer of the film is released today.
The unique and unknown story of Pregnant Billo in the trailer of the film is no doubt going to amuse its audience a lot by taking all the characters to raise her tantrums and putting them in the maze. In the love story of Roshan Prince and Rubina Bajwa among the other main characters, how will an uninvited guest Billo creates unintentional confusion, is the crux of the film that you wouldn’t want to miss?
The heartthrob of Punjabi cinema Neeru Bajwa shared his excitement for his film Beautiful Billo, “With a dash of humor, Beautiful Billo tells a heartwarming story about human emotions. The narrative will take the listener on a hitherto unimagined adventure. I am overjoyed to be working on the film that gave me such a great experience. I am looking forward to the film’s release soon.”
Popular actor of Punjabi cinema, Roshan Prince, is excited to release the film Beautiful Billo in theaters soon, “Although I have worked on numerous Punjabi films, this project is particularly dear to my heart because I will be collaborating with professionals from the Punjabi film business. I am thrilled to do so and am anticipating the audiences’ favorable reactions.
Trailer link: https://youtu.be/CLDFPaNOaA8

Sent from my iPhone 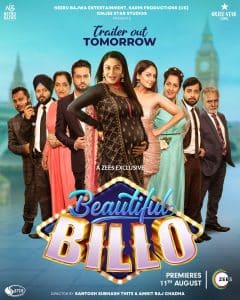