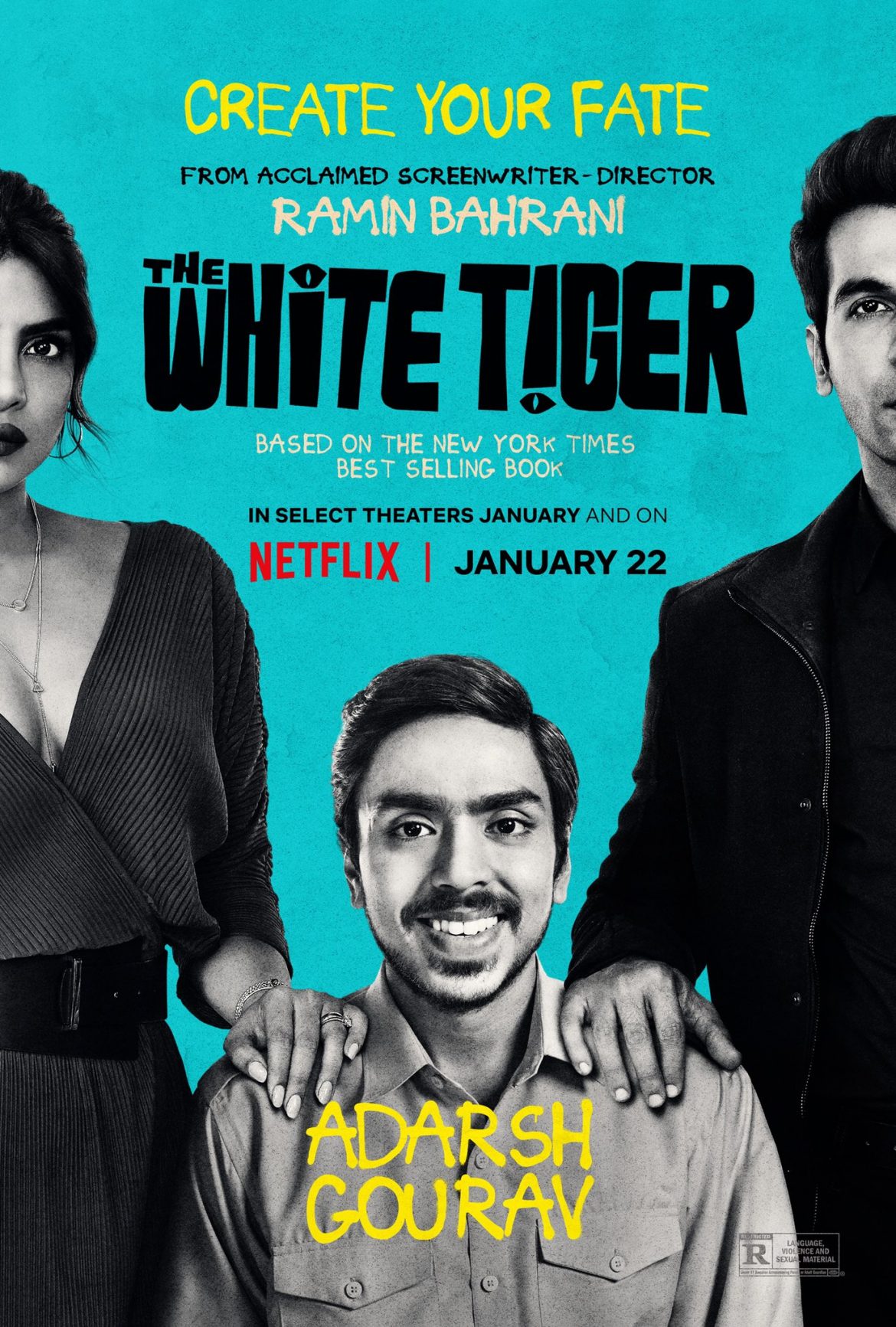 THE WHITE TIGER – When Bollywood meets Hollywood, they come up with a “Hinglish”- movie. Most films capitalize on the poverty that India has to offer, and for the other things, it is null and void for the American audience.

“THE WHITE TIGER”, which is based on a popular novel, tells the tale in the style of, “Slumdog Millionaire”, where a poor villager comes from U.P. and wants to make it big in the urban city of Delhi. He wants to be a driver for a rich family. A small wish goes a plenty for Balram Halvai, played by newfind. Adarsh Gourav. .With a stipend income of 2,000 rupees a month, his salary goes far in supporting his family back home. Little does he know that a sudden accident takes place by his masters wife, played by Priyanka Chopra Jonas. And that accident becomes a noose around the driver’s neck. As a servant he is forced and must take on the blame to face charges for an accident that he did not commit. He has struggled all his life to speak good english and do good, only to get screwed in the end. Knowing there is no way out, he takes the matter in his own hands and changes his fate for the better towards the end. It is contrived and far fetched I felt.

Having talented stars like Raj Kumar Rao & Priyanka as the NRI returned married couple are shown as backbenhers to the story. It is a stereotyped exploitation film that disappoints. The only good thing is the freshness in Adarsh Gourav’s performance. He will go far. The film is now on NETFLIX, Oh yes…and why it the title called “THE WHITE TIGER”??